Star Wars Battlefront 2 got over its embarrassing loot box filled start and morphed into one of the best multiplayer experiences in a galaxy far, far away. Star Wars Jedi: Fallen Order ended up delivering on its promise of providing fans with a full-fledged single-player campaign that put the powers of the Jedi on full display. And mobile Star Wars games such as Galaxy of Heroes have steadily improved and become a great way to delve through the long history of George Lucas’ outer space epic. Next up on EA’s slate of Star Wars titles is a brand new first-person, space combat shooter from developer Motive Studios. This intense shooter looks to provide the same thrills provided by the films’ greatest space dogfight scenes and look just as good (or even better). 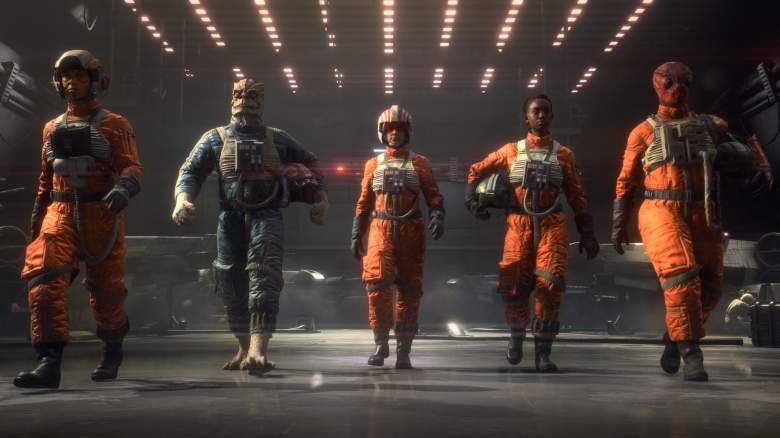 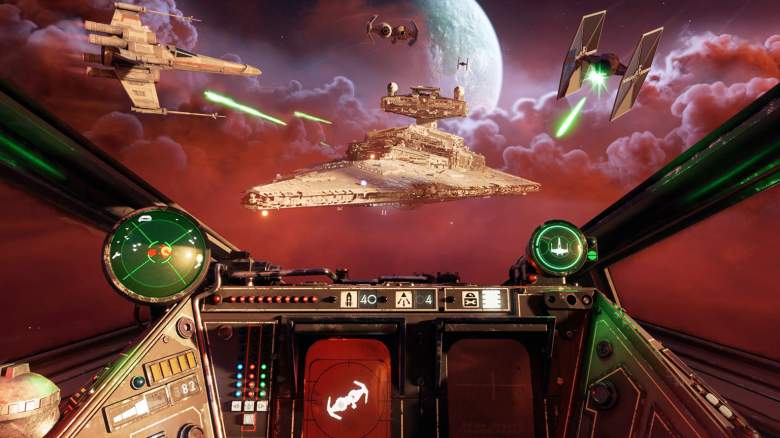 Star Wars: Squadrons’ plotline places it right after the events of Return of the Jedi. Players will get to participate within a grand campaign that lets them take control of two customizable pilots fighting for the New Republic (Vanguard Squadron) and Empire (Tian Squadron) factions. The epic space battles that will be fought between both sides will erupt across a slew of never-before-seen Star Wars locations. Those locales include Yavin Prime, Esseles, the Nadiri Dockyards, Sissubo, Galitan, and the Zavian Abyss. 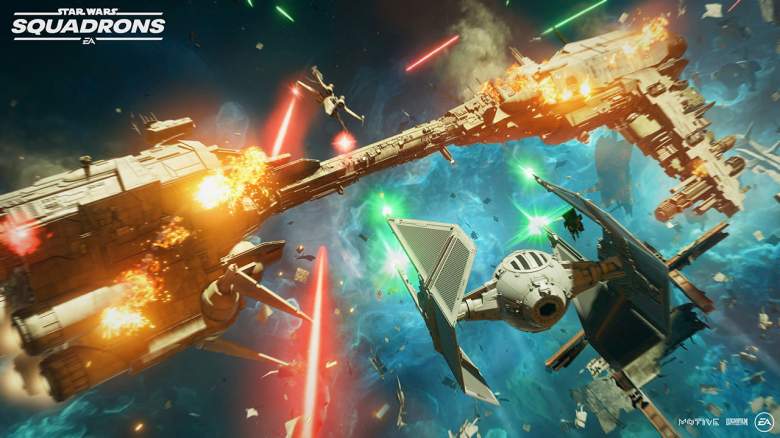 Check out the official descriptions of each galactic battlefield straight from the game’s official website down below:

• Yavin Prime: Located in the Outer Rim Territories, Yavin Prime is a massive gas giant. One of its moons, Yavin 4, was home to a Rebel base and remains a significant location for the New Republic.

• Esseles: Though close to New Republic space, Esseles has been under Imperial control for a decade. Inside Esseles’s icy ring, the Empire conceals a listening post the New Republic is eager to destroy.

• Sissubo: Sissubo is the seventh planet of the Chandrila system in the Bormea Sector. Surrounded by the remnants of salvaged Imperial ships, part of Project Starhawk, Sissubo’s debris field is a threat to any capital ship that risks flying inside.

• Galitan: Galitan is a remote moon in the dangerous but beautiful Ringali Nebula. The forces of the turbulent nebula have pulled the moon apart into an asteroid field of still-molten fragments.

• Zavian Abyss: The Zavian Abyss is a hazardous area of space in the Expansion Region. It’s filled with asteroids charged with electrical energy from the surrounding maelstrom, and the shipwrecks of those who dared to venture inside. 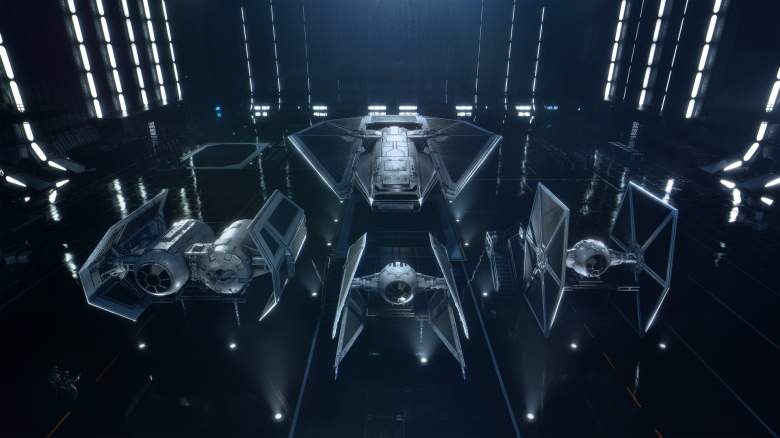 Star Wars: Squadrons places you in the cockpit of several signature spaceships and lets you control them from a first-person viewpoint point (players also have the ability to get even closer to the action via virtual reality gameplay on PS4 and PC). The New Republic Hangar houses the T-65 X-Wing Starfighter, BTL Y-Wing Bomber, RZ-1 A-Wing Interceptor, and UT-60D U-Wing Support Craft. The Imperial Hangar contains the TIE/LN Fighter, TIE/SA Bomber, TIE/IN Interceptor, and TIE/RP Reaper. 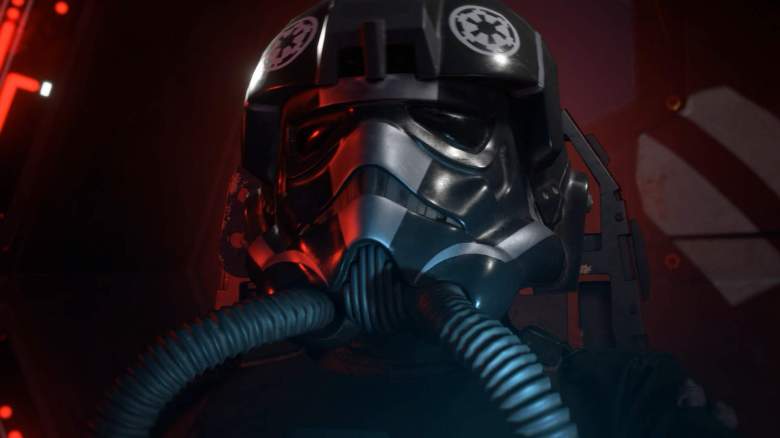 As you play through Star Wars: Squadrons’ various modes, you’ll accrue Requisition Points. This type of in-game currency is primarily used to unlock different Ship Components, which can be customized as you see fit. Those customization slots include a ship’s primary weapons, two auxiliary weapons, countermeasures, hull, shields, and engines. It’s worth noting that most of the Imperial Ships don’t have shields, however. As for the game’s pilots, you can also unlock customization options for them as you gradually earn Glory Points. Pilot customization options include different faces, costumes, gloves, and more. Glory Points can also be used to change up the overall look of your preferred ships – their paint schemes, decals, cockpit hologram, and more can be altered to your liking. 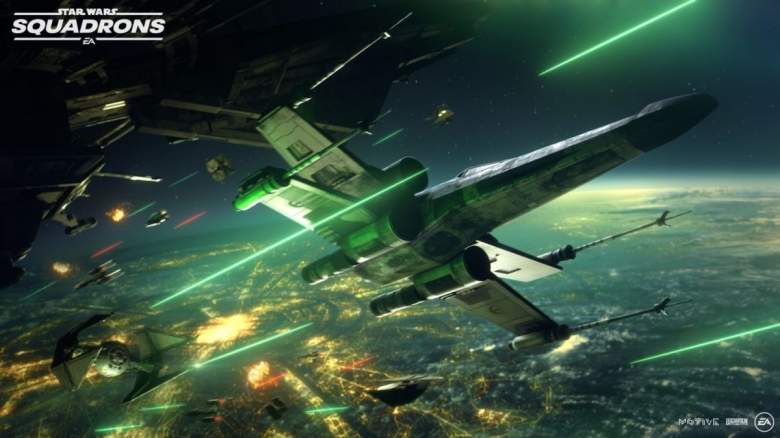 Star Wars: Squadrons’ multiplayer modes pit two teams of five fighter pilots against each other. Dogfight acts as the game’s version of Team Deathmatch as both teams look to eliminate the enemy squadron, while Fleet Battles is a multi-stage, objective-based mode. Both teams fight to take down the opposing side’s Captial Ships and attempt to emerge victorious if either of them destroys the other side’s Enemy Flagship. 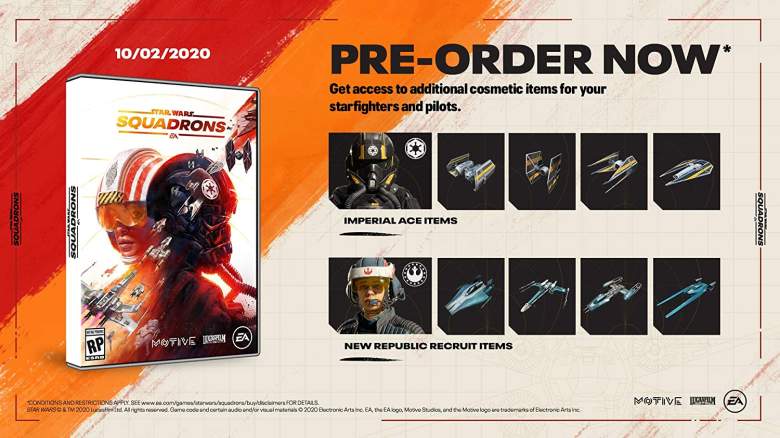 Star Wars: Squadrons is available for pre-order right here. And in a rare move, it will retail for $40 instead of the usual $60 price tag for most modern game releases. The game’s pre-order bonuses come in the form of five cosmetic bonus items for the New Republic and Imperial starfighters/pilots. 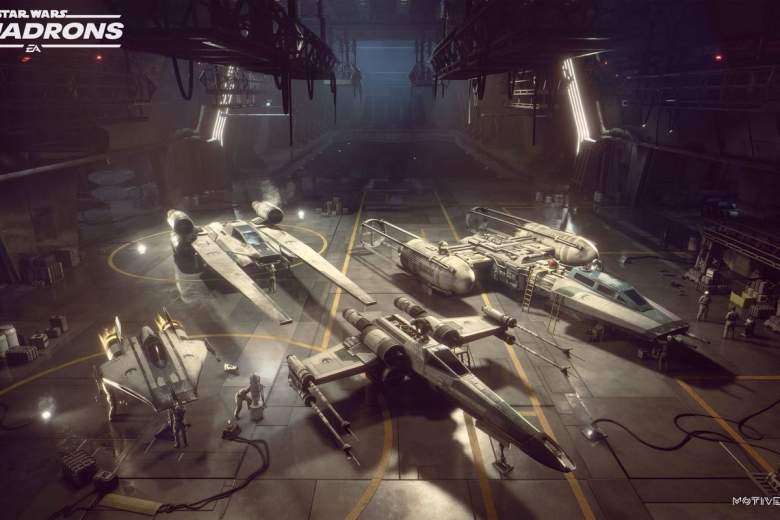 EA Play subscribers will be gifted with exclusive customization items of their own – New Republic starfighters can be outfitted in the Sanctuary Squadron paint job and the Interceptor Elegance pilot helmet comes as an extra bonus. The Imperial faction’s starfighters can be outfitted in the Ashen Monarch paint job and the Honorable Enforcer pilot helmet is also available. EA Play Pro subscribers not only get access to the aforementioned cosmetics, but they also receive two more bonus items to boot. Those items are additional cosmetic items for both the New Republic and Imperial factions’ starfighters/pilots.