As Season 5 of Fortnite comes to a close, the crossovers are winding down with it and we now have a look at the final skin.

While we’ve already known where the portal would show up, we didn’t really have a lot more to go off.

A new Reality Log should release at some point today that will drop all sorts of hints and teases. We also can’t forget that the portal is now something we can study and look at, so the picture is that much clearer.

It doesn’t look like this will end up being Peter Griffin walking through this portal, so we don’t really know what the plan is for that one.

While the door isn’t shut on that crossover, we’ll have to put it on the backburner and focus on this upcoming one.

Unlike many of the other crossovers this season, this skin didn’t have that many theories behind it, which is a bit interesting. Ant-Man was always a theory, but I never really thought it had much weight behind it. I was wrong.

Now that the portal image has been revealed, it seems safe to say that the final crossover of Fortnite Season 5 will indeed be Ant-Man, which seems like a strange decision.

The image comes via Fortnite leaker FortTory, and several of the leakers immediately confirmed it would be Ant-Man.

The next hunter is confirmed to be Ant-Man!

He seems like an underwhelming end to the season after seeing so many big names come over only to close out on another Marvel hero. I’m not saying Ant-Man isn’t a popular character, but a name like Spider-Man would’ve been a lot cooler to see here.

Keep in mind that this is just what the leakers are saying, but there’s no reason not to believe them at this point.

When Does He Come Out?

Typically, the portal would be decrypted on the same day the Reality Log comes out that would reveal who the character is.

Since the portal is now out, keep an eye out for the Reality Log that will confirm the character. Hopefully, the end of the crossovers means we can get more information about the end of the season.

It’s coming up very fast and with no information available yet, it is a bit worrisome. If there’s a villain in Season 5, we still have no idea who it is. The unstable Zero Point might end up being the only thing addressed this season, and that would certainly be a surprise. 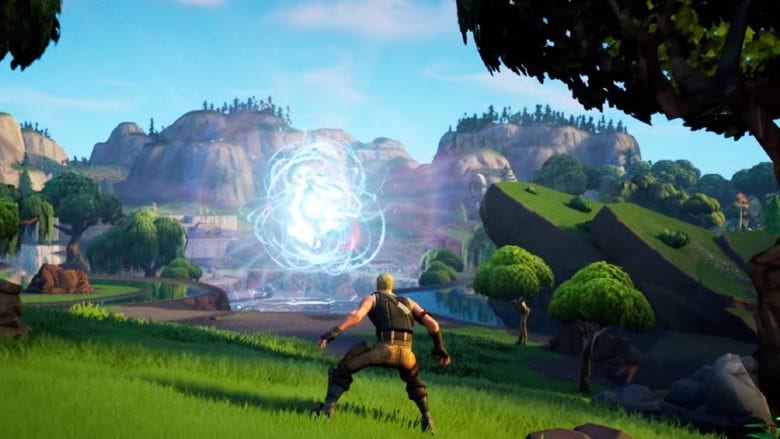 Season 5 has been a mixed bag among the playerbase as many of them argued that there was practically no content in this lengthy season. However, one could certainly make an argument that all of the crossovers were content.

What could’ve been better is if these crossovers brought now POIs to the map, but we haven’t gotten much happening on that end. Kit’s Cantina is a recent POI, but that’s been pretty much it for the season.

Keep your eyes peeled for the Ant-Man reality log because that will be the last roadblock in the way of finding out what the secret of this season really is. Let’s just hope it’s something crazy in true Epic Games fashion.

READ NEXT: Fortnite Will Soon Give You More Ways to Get Gold Bars

Loading more stories
The last Fortnite Season 5 crossover has been revealed to be a Marvel hero.