Over the past several seasons, Epic Games has been able to collect a ton of different franchises are include them all in the Fortnite umbrella.

Names like Kratos, Master Chief, Neymar. Jr, Iron Man and Predator are all in Fortnite, something people could only dream about a few seasons ago. The crossovers don’t seem to be slowing down either as Beast Boy, Thanos and more Batman skins have arrived in the game very recently.

A bunch of documents were revealed in the trial between Epic Games and Apple, and there we got a glance at several skins and crossovers that were meant to happen but never did.

Fast forward to now, and it looks like some of the styles that were meant to release still have a chance to come out.

Naruto is Still on the Table

A trusted source has stated that Epic are working with a company named Shueisha to produce a few anime collabs. The company has partial rights to many large animes including Naruto and Dragon Ball.

According to Fortnite leaker Twea, a source told them that Epic is working with a company called Shueisha and they are going to create anime collaborations.

This is nothing new in Fortnite as we’ve seen the popular Anime Legends bundle along with the Lexa and Orin skins.

Twea says this company has partial rights to big animes such as Naruto and Dragon Ball. This would mean that the Naruto collaboration that was revealed a while back could still happen at some point.

On top of that, we could finally see a crossover that fans have been asking for since Fortnite came out and it’s Dragon Ball. We’re sure fans would be extremely excited to run around the island as Goku or Vegeta as they eliminate other players.

With just about every franchise under the sun being an option for Fortnite, what would be stopping Epic from adding in some anime characters? Obviously, it’s not as simple as that, but if Twea’s source is accurate, then it will be an exciting time for Fortnite players.

How Soon Could it Happen? 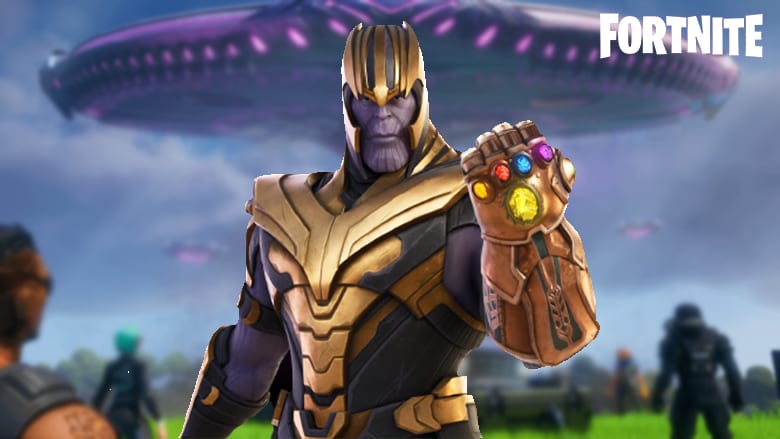 The entirety of Fortnite Season 5 was built for crossovers as it showed Jonesy using a Zero Point device to enter different realities to round up characters to help protect the island.

It was a nice way to explain away why so many characters were coming to the game, but the luxury for that to happen is now gone, so Epic will either have to add skins into the game like they normally would through the Item Shop, or they have to come up with some sort of storyline reason as to why new characters are still coming.

Since Thanos was able to just release into the game, it’s expected they won’t need to come up with any lore reasons, so a potential Naruto skin could really come at any time. It comes down to getting the rights and other things of that nature, but if that’s all ironed out, there’s nothing stopping him from coming.

Finally, we’d be able to get the proper skin to use the Naruto run emote with. Keep an eye out for any more movement on Naruto and other anime franchises coming to Fortnite because it could all start happening soon!

READ NEXT: Fortnite Season 7 Has Interesting Parallels With Chapter 1