It took a while for Epic Games to make an official confirmation about it, but it looks like Fortnite’s next concert is confirmed and it’ll be here sooner than you know it.

Introducing the Rift Tour, a weekend-long event that will give players five different chances to experience what the event has to offer. Taking place August 6-8, the five different show times are for players all across the world who want to take part in the festivities.

The prevailing thought so far is that this will be an Ariana Grande concert, but Epic hasn’t confirmed that aspect of the event just yet. If you load up Fortnite right now, you’ll see a new tab in the game titled “Rift Tour” and you can head over to see everything about the upcoming event there. 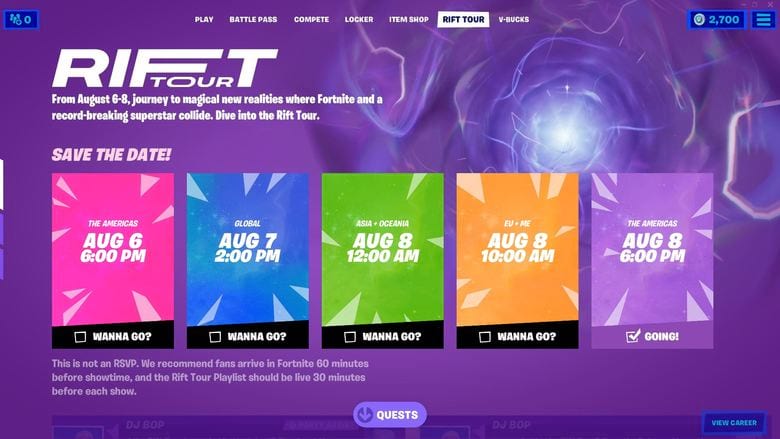 If you haven’t noticed by now, there’s a countdown in the main lobby of Fortnite, and at the time of the writing, it has a little over eight days left.

Previously, it was thought that this would be the time that the Mothership goes around and destroys Coral Castle and a few other spots, and the thing is, it might still be.

It’s shaping up to be an action-packed time in Fortnite between August 6 and 8, so make sure you clear your schedule and take a look at everything that’s coming.

If you head to the tab, you’ll have the option to RSVP for a certain time, but this doesn’t mean anything as Epic says you should still boot up Fortnite 60 minutes before showtime and the playlist will become live 30 minutes before the show begins. 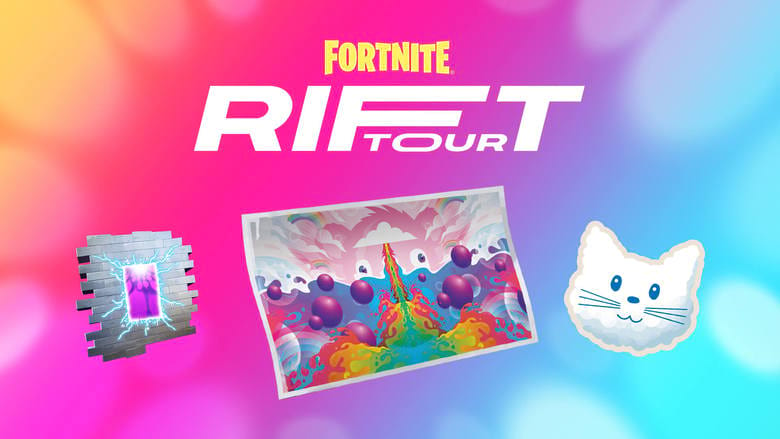 Like many of the events in Fortnite nowadays, there is a set of quests that go with the Rift Tour and you can even earn some free cosmetics.

The quests are live now, and all of them are pretty straightforward and simple. Here’s what you’ll have to do.

If you do all of this, and it shouldn’t take more than an hour if you play your cards right, you’ll come away with a free loading screen, spray, and emoticon. 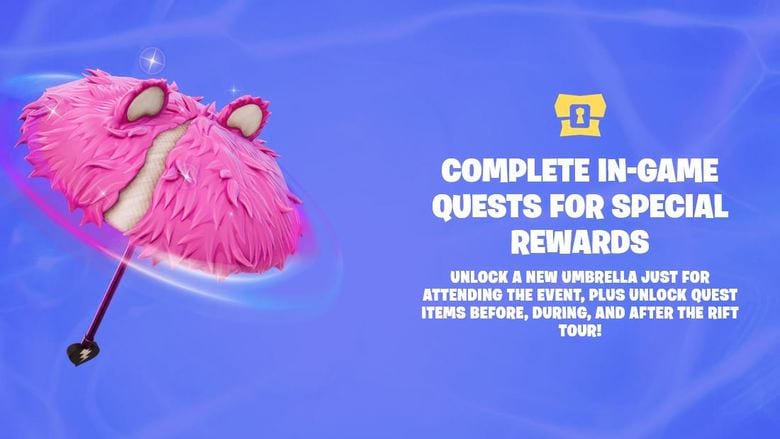 Epic says they will share more information about the event on August 2, so that is likely when we’ll be finding out who is actually performing. Imagine the surprise if it turns out to not be Ariana Grande and somebody else entirely.

With five different showtimes, there shouldn’t be much of a reason for anybody who wants to see the performance to miss out.