With the new crafting system in Fortnite Season 6, finding out where to upgrade your weapons has become very important.

Instead of having Upgrade Stations like we used to have a few seasons ago, Epic has now shifted that ability over to NPCs.

To get the upgrades, you’ll have to spend Gold Bars instead of materials, so there’s a little bit of a difference, but it will feel pretty much the same.

One major change is that Gold Bars don’t carry over to Arena Mode, so you’ll need to complete bounties and collect fresh bars to make upgrades there. 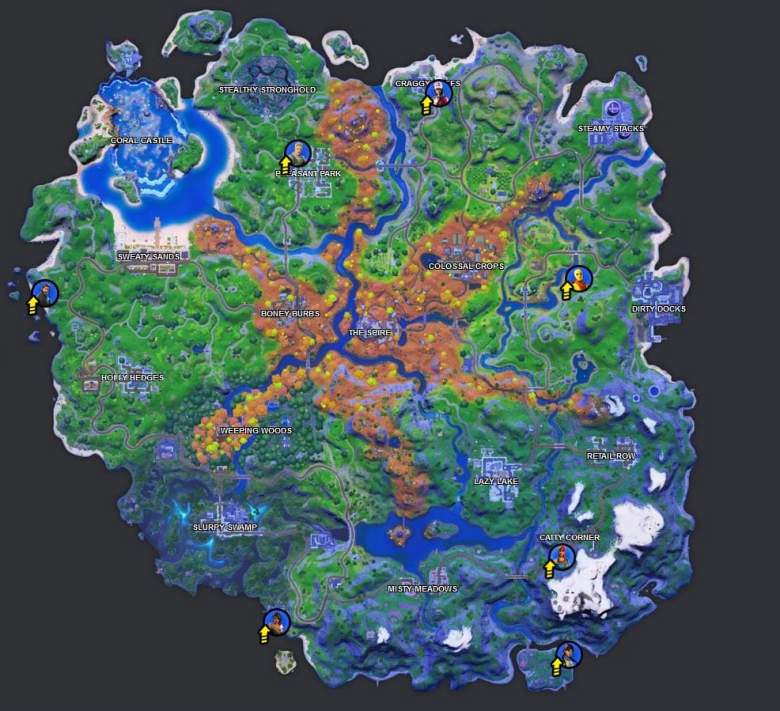 Epic Games / Fortnite.ggThere are many places to upgrade your weapons.

There are a total of seven NPCs you can visit if you want to upgrade your weapons according to a map from Fortnite.gg.

Interestingly enough, only three of them can be found at named locations, but you’ll still be able to rotate over to any of them easily enough.

For example, landing at Misty Meadows, collecting a bunch of a Makeshift weapons and mechanic parts, and then driving over to Catty Corner shouldn’t take all that long.

Alternatively, you can just land at a place like Pleasant Park and have all of that waiting for you in one spot. Something to be aware of if you go that route is you’ll definitely find some resistance in a place with everything.

Camp Cod, a place we recently highlighted, is an excellent landing spot because it’s out of the way and doesn’t even have a name. There are several other spots like this without a name, so perhaps your path to easy and simple wins could go through these locations.

Will Upgrade Stations Come Back? 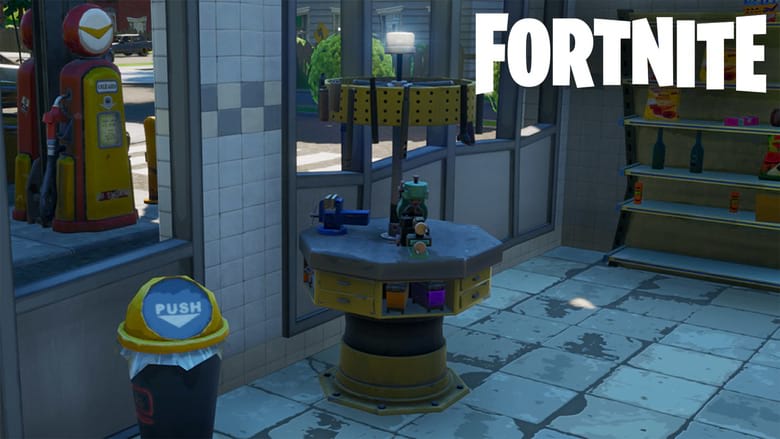 As Season 6 comes to a close, some fans might be wondering if Upgrade Stations will be returning to the game in the future.

We’ve now been two seasons without them, so the playerbase has effectively adapted to life without them. Of course, Epic did try to keep getting players to get used to a shotgun meta without the Pump Shotgun, but they always caved and added them back to the game.

Whether that means the same thing for Upgrade Stations remains to be seen, but after two seasons with them gone, we can’t say they are missed too much. It would be nice to have another option to get upgrades other than spending Gold Bars, but that’s about it.

Something that’s actually iffy about coming back is the crafting mechanic. That fit the Primal theme this season, but will next season still have animals roaming around the island?

It’s a tough question to answer but we’re sure Epic will reveal all of that to us and more once Season 7 launches later this year. In the meantime, we’ll just have to buckle up and enjoy the rest of the Primal season.