Potentially the last update of Fortnite Season 8, and even Chapter 2, is here and it’ll be bringing a long-awaited character into the game, so there’s a ton of excitement surrounding it.

While we don’t know for certain if Chapter 2 is ending with this season, we do know that December will mark the end of Season 8, so there’s still time for players to excited about what the future holds for Fortnite.

Whatever the case may be, we have to get through the v18.40 update first. This will be a big one, so expect there to be some downtime. This typically happens with your numbered updates, so that’s why there will be downtime here versus why there wasn’t last week despite the new additions.

The Fortnite update will come with downtime, and that means the game will go offline as the patch is implemented.

This will happen at 5 a.m. ET / 2 a.m. PT on November 16. Usually, this will last for around an hour and that means you’ll need to be doing anything other than playing Fortnite during that time.

Once the downtime concludes, you’ll have to install the update on your console, phone or PC. When that is finished, you’ll be able to fire up the game and see what’s new. 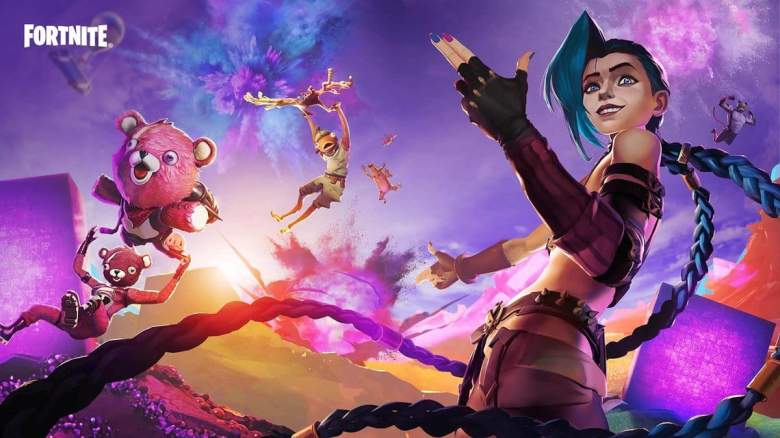 Something a big update like this brings is bug fixes. These are something you can keep track of on the Trello board, but if you’re not feeling up to the task, we have you covered.

Here’s a look at everything that’s scheduled for a fix in this next update.

There’s still time for more to be added to this list, so let’s also take a look at what’s scheduled for a fix in a future game update, which could mean this one or one in the near future.

All in all, there’s not a lot in need of fixing for this update, which is actually a good thing. Nobody likes playing a buggy game, and there really hasn’t been anything game-breaking this season.

– Naruto skins + Mythic "Kunai" weapon
– Naruto NPCs
– The Tech Legends Bundle (MAYBE!!)
– Next Funding (Proximity Launcher VS Flint-Knock Pistol)
– Bonus styles for the "First Shadows" skins
– Event files (If there is an event 🤠)
– And even more!

The main attraction of this update is Naruto, so if you’re a fan of this anime and manga character, you’re in luck.

We’ll be getting him as a skin, and it looks like there will be a whole lot more joining him. There’s a chance more characters will show up as skins, and at the very least they should be NPCs.

Fortnite leaker Shiina says there will be a Mythic Kunai weapon, so thew whole Naruto aesthetic will be here and we’re excited to give it all a look!