Update: the latest gathering of DLC characters and Mii costumes for Super Smash Bros. Ultimate will arrive on October 13, 2020!

But as soon as that new roster entrant is revealed, the excitement from the fanbase for Nintendo’s franchise fighter goes through the roof. The last character to enter the fray was ARMS’ Min Min, who offers a unique approach to smashing the opposition via her elongated arms. Now we know who’s entering the world of Smash Bros. next. And as a matter of fact, it’s four characters mashed into one. Steve, Alex, Zombie, and Enderman are now making their way from the blocky world of Minecraft to do some smashing against their video game icon counterparts. 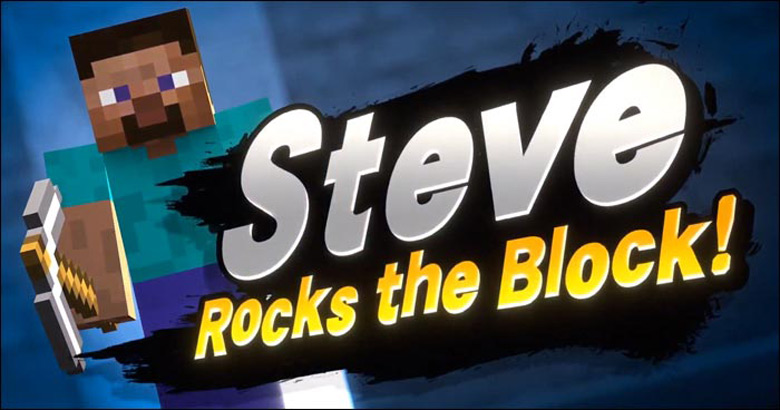 That group of characters got the full trailer reveal treatment right next to their Minecraft themed stage, which features the signature textures and forest locale fans know so well. Steve could be seen swinging his sword, dousing the ground in fiery acid, throwing his trusty pickaxe around, digging up healing items from the dirt, and latching onto his foes with a fishing line then flinging them into the air with a stone launcher device of some kind. Steve and all of his cool building properties were also on full display for the Smash fanbase to see. The costume swaps for Steve come in the form of the three other characters that were revealed, which happen to be Alex, Zombie, and Enderman.

Super Smash Bros. Ultimate is a massive celebration of video games as a whole, so it makes all the sense in the world for one of the biggest gaming franchises of all time to get the character nod. Thanks to the Smash’s celebrated director Masahiro Sakurai, Minecraft is now a part of Smash!