Pauline Potter, who held the Guinness World Record for fattest female on the planet, says she’s lost up to 100 pounds thanks to regular sex with her ex-husband. Well, regular might be both an understatement and an overstatement. We’re talking up to seven times a day, and as ex-hubby Alex — who tops 200 pounds but weighs less than one of Potter’s legs — explains to Closer, the sex is frequent but hardly normal.

“It’s hard to position her and find her pleasure spots as she has a lot of fat in the pelvic area. But it turns me on knowing she’s satisfied. Although once, when she got on top, I couldn’t breathe.”

Way to go, Pauline! The fact that she’s such an unlikely spokesperson for the health benefits of sex makes her even cooler in our book. And if you’re in a bit of a drought … perhaps this will shame you into stepping up your game.

The video above shows Pauline last year before the marathon sex session got into full swing. 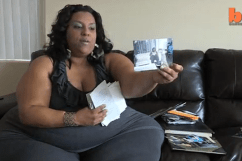 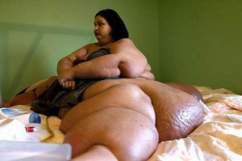 Loading more stories
wpDiscuz
49
0
Would love your thoughts, please comment.x
()
x
| Reply
Even the world's fattest woman has more sex than you. But don't worry, she's having more sex than most people.