The remains of Sandy Hook shooter Adam Lanza lay unclaimed for nearly two weeks after the massacre that killed 20 children at an elementary school in Newtown, Connecticut.

But they were finally claimed by his father, Peter Lanza, last Thursday and were buried in an undisclosed location over the weekend.

We previously told you that both Adam’s remains and those of his mother, Nancy Lanza — Adam’s first victim, whose guns he used in the rampage — were initially unclaimed as funerals were held for the victims. 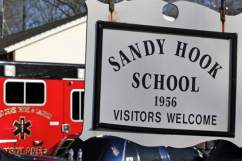 Bodies of Sandy Hook Shooter & Mother Yet to be Claimed

But Nancy’s family eventually buried her in a ceremony in New Hampshire.

Adam’s remains sat for much longer — finally claimed by an unnamed person. Family friend Donald Briggs, a police chief in Kingston, New Hampshire, has confirmed that Peter Lanza is the person who claimed them.

Peter, a wealthy executive who paid six-figure alimony to support Nancy and Adam, had little contact with Adam in the years prior to the massacre. 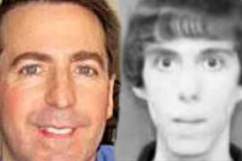 Report: Adam Lanza’s Dad Hadn’t Spoken with Him for 2 Years