The White House officially responded to the petition that gained over 100,000 signatures to deport Piers Morgan back to Britain because of his criticism against America’s second amendment after the tragedy in Newtown, Connecticut, to report that the talk show host is here to stay. The petition on WhiteHouse.gov only needed 25,000 signatures to get a response from the White House.

In the response, White House Press Secretary Jay Carney noted that the people of America should not “let arguments over the Constitution’s Second Amendment violate the spirit of its First.” Check out the full statement:

Let’s not let arguments over the Constitution’s Second Amendment violate the spirit of its First. President Obama believes that the Second Amendment guarantees an individual right to bear arms. However, the Constitution not only guarantees an individual right to bear arms, but also enshrines the freedom of speech and the freedom of the press — fundamental principles that are essential to our democracy. Americans may disagree on matters of public policy and express those disagreements vigorously, but no one should be punished by the government simply because he or she expressed a view on the Second Amendment — or any other matter of public concern.

We recognize that the tragedy in Newtown, Connecticut, sparked an intense, and at times emotional, national conversation about the steps we can take as a country to reduce gun violence. In fact, your petition is one of many on the issue, and President Obama personally responded by sharing his views on this important issue.

So there you have it, folks. Piers Morgan is officially here to stay and he is certainly happy about the decision:

Thanks for keeping me, Mr President @barackobama – much appreciated. 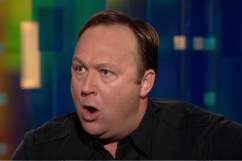 Loading more stories
wpDiscuz
0
0
Would love your thoughts, please comment.x
()
x
| Reply
Looks like the talk show host is here to stay, despite the 100,000 Americans that wanted him out.