Just days after meteor incidents in Russia and Cuba, another case of rocks falling out of the sky has been documented in Florida.

On Sunday, February 17, just before 6 p.m., South Floridian residents reported seeing a meteor streaking across their evening skies. According to state officials, people described seeing “orange or red fireballs in the sky.”

Mike Hanky, operations manager for the American Meteor Society, based in Genesee, New York, spoke to NBC Miami about this case and people’s current fears:

These fireballs are common. It’s rare for any one person to see one more than once or twice in their lifetime. But on any given night, it might happen somewhere in the globe a few times in a day. People should not be scared of the sky falling or anything at all.

Jacksonville.com reported that 30 people reported seeing the meteor. Those same people left plenty of comments on what they saw on the American Meteor’s Fireball Log.

Some of the various comments listed on the Fireball Log included statements such as, “I saw flames coming from they sky as it was falling…”

Thomas Webber, director of the Museum of Science and History’s Bryan-Gooding Planetarium, spoke to Jacksonville.com about this fireball sighting:

This one wasn’t grain-of-sand size, which … most of them are. When we get something a little bigger, that maybe has a silicate coating that ablates off as it travels though the atmosphere and takes some of the heat with it, they can appear much brighter and last a lot longer.

Video footage of the Florida Fireball can be seen below:

This story comes just days after meteorites struck Russia and Cuba. In addition, a few hours after the Cuba meteorite was documented, a video of another meteor streaking across San Francisco skies surfaced: 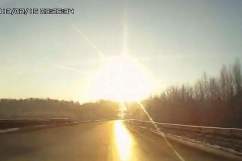 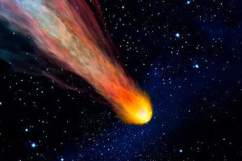 Loading more stories
wpDiscuz
0
0
Would love your thoughts, please comment.x
()
x
| Reply
ANOTHER case of a meteorite falling out of the sky was reported on Sunday.