Robert Zildjian, founder of the world’s second largest cymbal manufacturer, passed away on Thursday, March 28, at the age of 89. Here’s what you need to know about this giant in the drum industry.


Robert “RZ” Zildjian founded Sabian Cymbals in 1981 after splitting from his father’s cymbal company, the Avedis Zildjian Company. Sabian Cymbals is one of the most popular brands of cymbals today. While certainly at an age where he could have retired, Zildjian remained active in Sabian management until recently, spending the rest of his days in a cottage in Meductic, New Brunswick.

2. He Died of Cancer


Zildjian died Thursday at the age of 89 following a battle with cancer.

3. A Statement on the Sabian Company Website Commemorated Zildjian

It is with deep, deep sorrow that we announce the passing of Robert “RZ” Zildjian, our beloved founder and leader. A tireless and dynamic force within the drum industry, he inspired each one of us in the Sabian family to work harder, to reach farther, to make a difference — and he led us by example.

His professional story is well known. Having been dealt a major career setback at an age where most men would have opted for retirement, RZ instead chose to re-invent the cymbal business with his own hand-crafted brand, a brand that would forever change the face and sound of popular music. With his bare hands he shaped the Sabian cymbal brand into his life’s story — and by extension we became his family.

We mourn his passing, and he will be forever in our hearts. But we are better people for having known RZ, and we are richer for having worked alongside him. We draw comfort from the knowledge that his spirit will live on in the music made by drummers the world over.

4. His Father Founded the Zildjian Company in 1928

5. The Zildjian Company is the Longest Family Run Business in America


In 1927, Avedis received a letter from his uncle in Turkey, Aram, telling him that it was his turn to take over the family business of the ancient art of cymbal making. Instead of returning to Turkey, Avedis convinced Aram to move the company to America. The company had a rough start, since demand for cybals was low and especially after the Great Depression hit, but the Zildjian Company still went on to become the largest cymbal maker in the world.

6. Robert and His Brother Became Key Players in Popularizing the Zildjian Brand

Robert and his younger brother, Armand, took over their father’s company and became the ambassadors of the Zildjian brand.

7. He Left His Family’s Cymbal Company After His Father Died


When Avedis died in 1979, a dispute arose between the two brothers because although family tradition had it that the family secrets of the company would be passed down to the eldest son, Avedis shared the information with both Robert and Armand. Robert left the company and went on to creating a rival company, Sabian Cymbals.

9. Sabian is an Acronym for His Children’s Names
Sabian is an acronym based on the first two letters of each of Zildjian’s children, Sally, Bill and Andy.

10. Sabian Cymbals Are Used by Many Famous Drummers Around the World
Sabian Cymbals are used by some of the world’s most famous drummers, including Chad Smith of the Red Hot Chili Peppers, Neil Peart of Rush, and drumming legend Mike Portnoy, formerly of progressive metal giants Dream Theater. 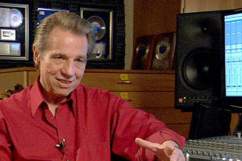 Read More
Deaths, R.I.P., Top 10
Robert Zildjian, founder of the world's second largest cymbal manufacturer, passed away on Thursday at the age of 89.