Accused killer Luka Magnotta’s trial will begin next fall. Here’s what you need to know.

Magnotta’s trial will begin on Sept. 15, 2014 and is expected to last anywhere from six to eight weeks.

“I expected an earlier date, but it’s a busy courthouse,” said Leclair. “I’m not completely surprised.”

A judge ruled earlier this month that the 30-year-old Magnotta would stand trial for first- degree murder in the death of 33-year-old Concordia University student Jun (Justin) Lin. Lin’s body was found dismembered in a suitcase, a park, as well as mailed to several government offices in May 2012.

Magnotta has entered a plea of not-guilty. His legal team is appealing to have the first-degree charged lessened to second-degree, saying there’s not enough evidence.

“We are still studying the judgment that was given by the preliminary inquiry judge,” Leclair told reporters. 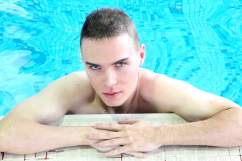 Magnotta has opted to be tried by judge and jury. Preparatory hearings will begin Sept. 3, 2013.