According to a U.S. law enforcement official with first-hand knowledge of the Boston Bombing investigation, the pressure cooker bombs used to kill three people and wound many more were built inside older brother Tamerlan Tsarnaev’s apartment that he shared with his wife and child, reports CNN.

Tsarnaev, 26, and Dzhokhar Tsarnaev, 19, allegedly built at least four types of improvised explosive devices inside the home. However, the older brother’s 24-year-old wife and now widow, Katherine Russell, claims that she knew nothing of the brother’s plans to bomb the Boston Marathon and that her husband’s involvement came as an “absolute shock” to her and her family.

A law enforcement official also told The New York Times that the bombing was originally supposed to take place on July 4, but the devices were ready early and the Tsarnaev brothers decided to move up the date. It’s not certain where the bombing would have taken place, but the annual Boston Pops Fireworks Spectacular is one of the city’s biggest events, hosting 500,000 spectators, making the event a prime target.

According to New York officials, following the Boston Bombing the brothers still had a pressure cooker IED and four pipe bombs and were on their way to New York City before they were stopped by authorities. Tamerlan was killed in a shootout with police and Dzhokhar was taken into custody alive where he is facing a charge of using a weapon of mass destruction, which could get him the death penalty. 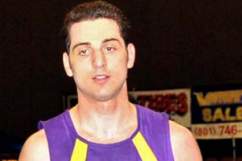 Tamerlan Tsarnaev’s Body to be Claimed by His Family Tonight

Loading more stories
wpDiscuz
0
0
Would love your thoughts, please comment.x
()
x
| Reply
The bombs used in the Boston Bombing were built inside older brother Tamerlan Tsarnaev's apartment that he shared with his wife and child.