Ramon Castillo has been on the run for over two months after being accused of throwing a live newborn into a fire.

Ramon Castillo Gaete, the 36-year-old alleged leader of a Chilean cult accused of killing a newborn baby, was found dead hanging by a rope in a house in Cusco, Peru on Wednesday, reports BBC News. Police believe that the man who had been on the run for more than two months killed himself.

“There is no evidence of anyone else taking part in his death,” Cusco police chief Juvenal Zereceda told Chile’s La Tercera Newspaper. “All the preliminary evidence indicates this was a case of suicide.”

Castillo is accused of throwing a three-day-old girl into a bon fire in November because of the belief that she was the antichrist. The man is thought to be the baby’s father and may have persuaded the mother, Natalia Guerra, to give her up as sacrifice. Guerra and three other suspects were arrested in Chile last week.

Authorities said that Castillo believed that he was a god and expected the world to end on December 21, 2012. It is thought that he sacrificed the baby to prevent the apocalypse.

Castillo has been on the run since February, but police found him hanging by a beam inside the house on the outskirts of Cusco. His body was identified from fingerprints. 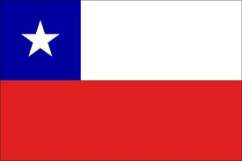 Loading more stories
wpDiscuz
0
0
Would love your thoughts, please comment.x
()
x
| Reply
Castillo is accused of throwing a newborn baby into a fire as a sacrifice.