Watch out, ladies; not being in the mood may no longer be as easy as an excuse for holding out from your eager man. A female Viagra may be on the horizon and ready for the market in as little as three years, reports Business Insider.

The new pill developed by Dutch firm Emotional Brain, called Lybrido, will boost a woman’s libido by using a combination of testosterone and a Viagra-like drug. Lybrido will work a little differently than its male counterpart, Viagra—which works its magic by increasing blood flow—by affecting the area of a woman’s brain that controls desire. It promises to increase sexual desire and improve sexual satisfaction.

The results of a trial with over 200 women has yet to be published, but a larger trial is already planned. One woman who used the pill told The New York Times that she and her husband “had sex five times a week when before it was once a week.”

Emotional Brain founder Adriaan Tuiten says the product is “very, very promising” and claims that the pill will help women who lose their sexual desire and can even improve their chances of reaching an orgasm.

The company hopes to have an FDA approval by 2016. 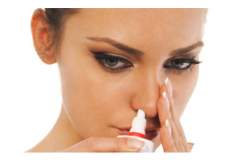 Read More
Medicine, Sex, Viagra
Follow Heavy ↓
wpDiscuz
0
0
Would love your thoughts, please comment.x
()
x
| Reply
Watch out, ladies; not being in the mood may no longer be as easy as an excuse for holding out from your eager man.