An acquaintance of deceased “Boston bomber” Tamerlan Tsarnaev was shot dead overnight by an FBI agent in Orlando, reports the Orlando Sentinel.

Ibragim Todashev, a 27-year-old Chechen man living in Florida, was killed at the Windhover apartment complex on Peregrine Avenue in Orlando, close to Universal Studios.

FBI Boston has revealed that “the agent, two Massachusetts State Police troopers, and other law enforcement personnel” were interviewing Todashev when “a violent confrontation was initiated by the individual.”

Here’s what we know so far about Todashev, his death and the investigation.

1. Todashev Was Confessing to Involvement in the Grisly 2011 Murder of “Boston Bomber” Acquaintance

According to NBC, Todashev was a suspect in a 2011 Boston-area triple-murder in which the victims had their throats slit, and marijuana was dumped on the bodies:

Investigators say he confessed to the agent in Florida that he played a role in a triple murder in 2011 in which three men were discovered slain in an apartment in Waltham, Mass. 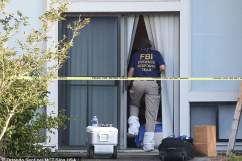 That slaying killed Tamerlan Tsarnaev’s friend, Brendan Mess, and in the wake of the Boston bombings Tamerlan and his brother Dzhokhar were eyed as suspects:

As of now, NBC is reporting that the grisly murders were committed as part of a drug deal gone wrong. According to the NBC report, after cheating the victims in a drug deal, Todashev and Tsarnaev killed the three men in order to keep their identities a secret should they be recognized.

2. A Friend Says Todashev Was No Radical — But The FBI Was Harassing Him

In an interview with WESH, friend Khusen Taramiv says Todashev knew Tamerlan Tsarnaev through fighting circles but their relationship was casual:

He had [Tamerlan’s] number in his phone, but he only spoke to him a month before the stuff happened … he wasn’t close friends with him.

Back when he used to live in Boston, they used to hang out — not hang out — he knew him. They met a few times because [Todashev] was a MMA fighter and [Tsarnaev] was a boxer. They just knew each other. That’s it.

He was not radical at all. He was a Muslim. I am a Muslim. … That was his mistake I guess. … I know he didn’t do nothing.

Taramiv says the FBI had been tracking Todashev ever since the Boston bombings and Todashev felt like they were building a false case against him:

He felt like there was gonna be a bad setup against him.

This statement however, contradicts a statement made by NBC earlier today that officials stated that Todashev had some links to
radical Chechen rebels.”

3. He Was Killed During an Interview at His Apartment Complex When He Supposedly Pulled a Knife

Officials say FBI agents were questioning Todashev on Tuesday. He was cooperative at first, they say, but later that night, he attacked the agent with a knife, who shot and killed him. Officials say Todashev became violent as he was about to sign a written statement based on his confession.

Since the initial report however, FOX 35, the Orlando FOX affiliate, has reported that the events leading up to the shooting are “still unclear.”

However, officials have backed off that preliminary account, and it’s no longer clear what happened in the moments before the fatal shooting. “I heard a couple of loud bangs and saw a couple of cop cars riding by,” said Jared Morse, who lives in the area. “They wouldn’t let anyone out to see anything or anything like that, so they made us go back inside.”

The FBI incident review team arrived in Orlando early May 23rd to clarify the events of the shooting.

According to the Daily Mail:

Former FBI assistant director John Miller, who now works for CBS News, said the FBI was trying to question Todashev at his apartment over his ties to Boston Marathon bombing suspect Tamerlan Tsarnaev when ‘something went wrong.’

We are currently responding to a shooting incident involving an FBI special agent. The incident occurred in Orlando, Florida. The agent encountered the suspect while conducting official duties. The suspect is deceased. We do not have any further details at this time.

According to numerous sources, Todashev had purchased a ticket to visit Chechnya before the events of the Boston bombing. His trip was supposedly scheduled for last night.

Taramov said Todashev met with FBI agents Tuesday night, which was supposed to be their last meeting because he was planning to fly back to Chechnya that night. He said the plane ticket was purchased before the Boston bombings, but federal agents strongly advised him not to go home.

4. He Was an MMA Fighter

A fighter’s profile MMA database site Tapology shows he had a record of 1-0-0 and indicates his last scheduled fight, on November 11, 2012, was canceled.

Here’s a video of him in his only professional fight, on July 27, 2012, against Bradford May:

Todashev also had a profile on MixedMartialArts.com. His friend said Todashev’s fighting career was halted because he was injured and underwent surgery.

5. He Was Arrested for Battery Earlier This Month

According to a criminal-history page on mugshots.com, Todashev was arrested on a charge of criminal battery and booked May 4, 2013, in Orange County, Florida.

According to a police affidavit, there was a dispute was over a parking spot. As the argument between Todashev and the driver became heated, the driver’s son supposedly approached him swinging his fists. Todashev, an experienced MMA fighter, seriously hurt his attacker, leaving him to be found by police on the ground and in a pool of his own blood. Todashev was arrested for battery, but the victim refused to press charges.

You can read the full text of the affidavit here: 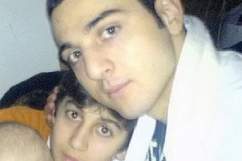