It’s not a surprise. He [Chaffee] more liberal than the Senate president in Rhode Island and she’s a Democrat.

Since 2007 the Governor has been a friend of Democrats and an outspoken supporter of President Obama. Chafee was a Republican Senator from Rhode Island until he lost his bid for re-election in 2006. In 2007 he left the Republican Party.

However, this news comes in the wake of a New York Times list that puts Governor Chafee at the top of the list of “Most Vulnerable” Governors for 2014 elections. According to a Brown Poll, Chafee’s approval rating was a depressing 15 percent in February 2012. A more recent poll has only 18 percent of voters definitely planning on voting for Chafee in 2014.

Here is a video of Chafee addressing Democrats to explain why he left the GOP:

#Breaking R.I. Gov. Lincoln Chafee has notified officials that he plans to switch his party registration and join the Dem. Party.

This story is breaking and we will have more to come as it continues. 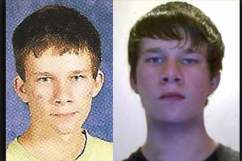