Today at 2pm at the National Defense University, President Obama is expected to make the first counter-terror speech of his second term. In light of increased criticism of the administration and yesterday’s announcement by Attorney General Eric Holder that four American citizens have been killed in drone strikes since 2009, Obama is expected to address a wide range of topics including some of the more controversial aspects of the war on terror. Here are the top 10 speech points we expect him to make:

Yesterday Attorney General Eric Holder admitted that four American citizens have been killed since 2009 in drone strikes over seas. The memo, posted below identifies those killed as; Anwar al-Awlaki, a radical Muslim cleric, Awlaki’s son Abdulraham al-Awlaki, Samir Khan, and Jude Kenan Mohammed. According to the New York Times, no further information was given on the deaths of these four American citizens. 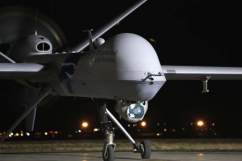 According to the New York Times the speech today may include information approved for public release by the Obama administration.

Mr. Obama approved providing new information to Congress and the public about the rules governing his attacks on Al Qaeda and its allies.

For months there have been speculation that the government is expected to shift United States’ secretive drone program from under the control of the CIA to the Pentagon in order to ensure more oversight. 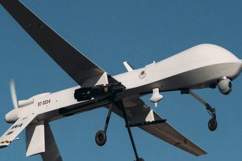 CIA Must Hand Over Drone Program to Pentagon: 5 Fast Facts You Need to Know

In today’s speech President Obama is expected to share his legal justification of the existence of the drone program and drone tactics. According to a number of publications, yesterday a White House official said,

will discuss why the use of drone strikes is necessary, legal and just, while addressing the various issues raised by our use of targeted action.”


Years after his initial promise to close the Guantanamo Bay Prison, President Obama is expected to announce today the beginning of re-energized effort to close the controversial prison. This news comes in the wake of a hugely publicized hunger strike happening among the prisoners. 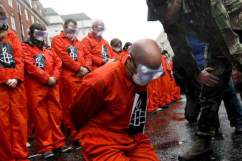 The Office Created to Close Guantanamo … is Closed

The New York Times reports that President Obama is expected to discuss ways to limit the prison population at Guantanamo Bay, including sending some of the inmates home. Many of the prisoners there have been held for years without a trial and have not been found guilty. The New York Times writes,

Officials said they would make a fresh push to transfer detainees to home countries and lift the ban on sending some back to Yemen. The president plans to reappoint a high-level State Department official to oversee the effort to reduce the prison population.


CIA Director John O. Brennan has become anxious as of late to return the CIA to an intelligence gathering organization rather than a branch of the armed forces. President Obama is expected to announce this re-statement of the CIA’s purpose this afternoon.

8.Being More Honest with the American Public

After years of criticism, the public is anxiously awaiting President Obama to declare his intentions to make the war on terror a more transparent process so as to allow more government and civilian oversight.

9. Ending the War on Terror As We Know It.

Obama will most likely declare today the start of a new era in the war on terror. With all of the reforms proposed in the speech, this may be a shift in counter-terror policy. The new approach is expected to me more refined, relying more in intelligence, pragmatism, and diplomacy, rather than the shoot first approach that characterized the counter-terror tactics of the last few years.

Over ten years into the war on terror, President Obama has had enough. A good portion of the speech today may be dedicated to imaging an America not caught up in the quagmire of a never-ending war on terror. The New York Times writes,

In his speech, Mr. Obama is expected to reject the notion of a perpetual war with terrorists, envisioning a day when Al Qaeda has been so incapacitated that wartime authority will end. However, because he is also institutionalizing procedures for drone strikes, it does not appear that he thinks that day has come. A Pentagon official suggested last week that the current conflict could continue for 10 to 20 years.

Loading more stories
wpDiscuz
0
0
Would love your thoughts, please comment.x
()
x
| Reply
Today at 2pm President Obama will finally address Drones, Guantanamo, and the never ending war on terror. Here is what he is expected to say.