The Westboro Baptist Church appear to be suggesting that the tragic deaths of four Houston firefighters is linked to the fact fire trucks have previously been used to block off the hateful church at some of their infamous pickets.

Last week, on an Oklahoma Against Westboro Baptist Church page this was posted:

This was after Westboro, who are known for picketing funerals, claiming tragedies are a result of God’s will against homosexuals, promised to picket the funerals of those killed by the Moore, Oklahoma tornado. 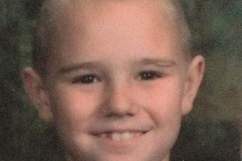 Loading more stories
wpDiscuz
0
0
Would love your thoughts, please comment.x
()
x
| Reply
The Westboro Baptist Church has tweeted that the deaths of four Houston firefighters was a result of fire trucks having being used to block WBC pickets.