Update: According to Princeton University, bomb-sniffing dogs have begun their sweep of the buildings on campus.

Latest update: Bomb-sniffing dogs brought in; building searches underway, no ETA on when sweeps will be complete. ow.ly/lVELo

The Princeton Patch is currently reporting that the Princeton University campus was evacuated when a call was placed to the university that were were bombs scattered throughout the campus:

someone reported that multiple bombs have been placed throughout campus and that the univeristy had two hours to get everyone to safety, according to Princeton Police.

Princeton University is currently tweeting that anyone left on campus can head to “Nassau Inn, Princeton Public Library and Princeton Arts Council Building downtown.” The streets heading toward downtown Princeton are currently blocked off for people’s safety.

This is NOT a test. There has been a bomb threat to multiple unspecified campus buildings.

Please evacuate the campus and all University offices immediately and go home unless otherwise directed by your supervisor.

Just as tweets that the bomb scare in the Georgia capital building is being resolved, Princeton University has just announced that it is evacuating the campus after receiving a bomb threat on multiple campus buildings.

Luckily the campus was not fully inhabited. According to Princeton’s twitter feed graduation was last weekend so the campus is now mostly empty.

Regular classes are over and Commencement was last Tuesday. Most students left campus days or weeks ago.

The university’s Office of Communication is updating the public here.

This story is breaking. 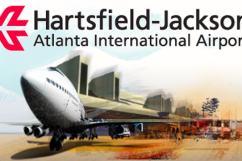 Loading more stories
wpDiscuz
0
0
Would love your thoughts, please comment.x
()
x
| Reply
Princeton University has just announced that it is evacuating the campus after receiving a bomb threat on multiple campus buildings.