In this handout photo provided by The Guardian, Edward Snowden speaks during an interview in Hong Kong. Snowden, a 29-year-old former technical assistant for the CIA, revealed details of top-secret surveillance conducted by the United States’ National Security Agency regarding telecom data. (Photo by The Guardian via Getty Images)

NSA whistleblower Edward Snowden briefly emerged from his hiding place to give yet another explosive interview, this time to the South China Morning Post.

Snowden is holed up in Southeast Asia, preparing to fight a likely extradition order that will come from the U.S. Government over Snowden’s leaking of confidential surveillance documentation into the public domain.

1. He Claims the U.S. Government Has Been Hacking Hong Kong 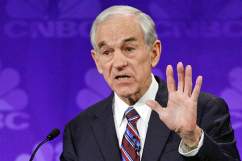 In sorting through documents that the South China Morning Post claims to have seen, Snowden says that since 2009, the NSA has actively been hacking computer systems in Hong Kong.

The NSA has, according to Snowden, been targeting universities, public officials, and the documents also lead Snowden to believe that the National Security Agency has been hacking some systems in China. Snowden said:

We hack network backbones – like huge Internet routers, basically – that give us access to the communications of hundreds of thousands of computers without having to hack every single one.

Last week the American government happily operated in the shadows with no respect for the consent of the governed, but no longer. Every level of society is demanding accountability and oversight.

2. He Wants the People of Hong Kong to Decide His Fate

In the interview Snowden speaks very frankly about the U.S. Government’s attempts to extradite him, saying:

I have had many opportunities to flee HK, but I would rather stay and fight the United States government in the courts, because I have faith in Hong Kong’s rule of law.

Snowden goes on to speak about his respect for the laws of Hong Kong, and stresses that he has broken no local laws.

3. He Responded to Rumors About Russian Immunity 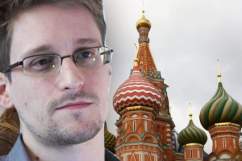 When is asked if the rumors were true that Russia, big fans of free-speech, have offered him asylum, Snowden said:

My only comment is that I am glad there are governments that refuse to be intimidated by great power. The reality is that I have acted at great personal risk to help the public of the world, regardless of whether that public is American, European, or Asian 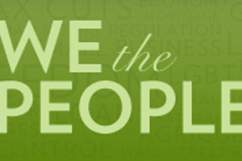 Snowden also commented on the petitions and funds that have been setup in support of the whistleblower:

I’m very grateful for the support of the public, but I ask that they act in their interest – save their money for letters to the government that breaks the law and claims it noble.

4. Snowden Doesn’t Believe He’s a Hero or a Traitor

Supporters gather at a small rally in support of National Security Administration (NSA) whistleblower Edward Snowden in Manhattan’s Union Square on June 10, 2013 in New York City. About 15 supporters attended the rally a day after Snowden’s identity was revealed in the leak of the existence of NSA data mining operations. (Photo by Mario Tama/Getty Images)

As Snowden is hailed by fellow whistleblower Julian Assange as a hero, Snowden said:

I’m neither traitor nor hero. I’m an American, I believe in freedom of expression. I acted in good faith but it is only right that the public form its own opinion.

Graffiti that is sympathetic to NSA leaker Edward Snowden is seen stenciled on the sidewalk on June 11, 2013 in San Francisco, California. Edward Snowden, 29, a former contractor for the NSA who worked for the consulting firm Booz Allen Hamilton, recently leaked details about previously unknown U.S. surveillance programs. (Photo by Justin Sullivan/Getty Images)

After being asked about his family and love ones, Snowden responded:

I will never feel safe.

Things are very difficult for me in all terms, but speaking truth to power is never without risk, it has been difficult, but I have been glad to see the global public speak out against these sorts of systemic violations of privacy.

All I can do is rely on my training and hope that world governments will refuse to be bullied by the United States into persecuting people seeking political refuge. 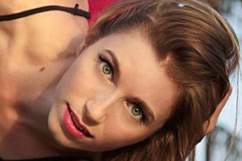