Iran is in an election frenzy as six presidential candidates run to replace the divisive and internationally infamous Mahmoud Ahmadinejad, with the first round of voting on Friday, June 14.

Whether these presidential elections will herald a new era of change in Iran remains unclear. Some argue that a victory for the one remaining pro-reform, moderate candidate — Hassani Rouhani, who favors openness and improved relations with the West — could lead to real reform in Iran’s religious system of government. Others doubt that any of the candidates can really change the will of Islamic conservative Ali Hosseini Khamenei — Iran’s Supreme Leader — calling the election nothing more than a sham.

Here are the facts you need to know about the presidential elections and their role in Iran’s complex and very unusual political system.

1. There is a ‘Supreme Leader’ & He Controls Elections

There are two important leaders in Iran: the president and the “Supreme Leader.” Every four years a president is elected who runs the day-today affairs and its economy. Having said that, the Supreme Leader is the highest ranking political and religious authority in Iran. The right to run for president is tightly controlled by the Supreme Leader, who has disqualified a number of candidates (including all female candidates) who threaten clerical rule. Even the taking of office by the democratically elected president is subject to the approval of the Leader.

The Iranian Constitution envisions the Supreme Leader as an impartial figure above faction, willing to mediate conflicts evenhandedly. Nonetheless, the Supreme Leader is human, and Ali Khamenei was a politician before he became Supreme Leader. Khameni is the second Supreme Leader in Iran’s history and got into power in 1989. Being both Iran’s primary political as well as religious leader, Khameni has been the figurehead of the country’s conservative Islamic establishment and rules the country under religious Islamic rules. In fact, Khameni has stood against Iranian students pursuing and practicing music, art and traveling abroad to “the land of non-believers.”

Although highly religious in principle, Khameni has been in support of scientific progress in Iran and was among the first Islamic clerics to allow stem cell research and cloning.

Khameni was a key figure in the Iranian revolution (also known as the Islamic Revolution), which transformed Iran from a secular monarchy to an Islamic republic.

Forbes selected him 21st in the list of “World’s Most Powerful People.”

3. President Ahmadinejad Was Controversial … at Best

His eight years in power have been characterized by economic turmoil and Western isolation over his nuclear ambitions. Domestically, Iran’s inflation, major unemployment and disregard for human rights have been blamed on Ahmadinejad.

Human Rights Watch has stated that “the Ahmadinejad government, in a pronounced shift from the policy under former president Mohammed Khatami, has shown no tolerance for peaceful protests and gatherings … respect for human rights in Iran, especially freedom of expression and assembly, deteriorated” since he obtained power. Ahmedinejad has also been known for making outrageously anti-semetic (he is a Holocaust denier), anti-Israel, anti-Gay and anti-American remarks.

When Ahmadineyad was elected for a second term, protesters took to the streets in anger at the results, which they said had been rigged in favor of Ahmadinejad. The opposition says more than 80 of its supporters were killed in a crackdown over the following six months, a figure the government disputes. Several have been sentenced to death, and dozens jailed.

Ahmadinejad is not eligible for a third term. 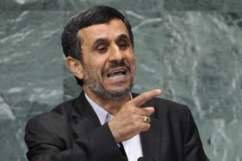 4. Five Out of Six Candidates Are Conservative

Two reformist candidates have dropped out of the race to support the moderate Hassan Rouhani.

The two reformist candidates have stepped out of the race to endorse moderate Hassan Rouhani. The endorsement of Rouhani has revived hopes among reformers seeking to return to the forefront of Iranian politics after the domination of hardliners during Mahmoud Ahmadinejad’s eight-year presidency. Most of the other remaining candidates in the poll are conservatives close to Ayatollah Khamenei.

5. Things Are Looking Up for the Sole Moderate Candidate Hassan Rouhani

Momentum has recently been building around moderate cleric Hassan Rouhani. The surge of support for Rouhani came after Mohammad Reza Aref, the only reformist candidate in the race, announced on Tuesday that he was withdrawing his candidacy on the advice of the pro-reform ex-president Mohammad Khatami. Rouhani is seen by many Iranians as a unifier with a track record of working well with different factions.

6. Rouhani Stands for Change and Reform

Iranian presidential candidate Hasan Rouhani, a former Iranian nuclear negotiator, waves to supporters during a campaign tour on June 12, 2013 in Mashhad, Iran. He spoke about easing the political restrictions imposed by Iranian authorities, telling crowds that rebuilding ties with Western governments is better than denouncing them as irreconcilable enemies. (Getty Images)

Rouhani has come across as strongly critical of Iran’s current status at home and abroad. He has expressed support for freedom of the press and said he would work to find a way out of the stalemate over Iran’s nuclear programs, which has prompted Western powers to punish Iran with unprecedented sanctions. Since announcing his run in early April, Rouhani has spoken more than any other candidate about what he would do for women and ethnic minorities if elected, including forming a ministry of women.

Such pledges have won him growing support among liberal-minded Iranians, especially the young.

In 2009, over 80 percent of those registered to vote did so. But the wave of enthusiasm that preceded the election came abruptly to an end for many Iranians when President Mahmoud Ahmadinejad controversially won a second term. Since then, optimism has dwindled, and living standards have declined. The value of Iran’s currency has plummeted, inflation is at its highest level in 18 years, there has been negative growth, and people are struggling to find jobs. These conditions have prompted the question: Are people ready for a change?

8. Iran’s Political System is Both Religious and Democratic

Iran’s complex political system combines elements of a Islamic theocracy with democracy. A network of unelected institutions controlled by the highly powerful conservative Supreme Leader (Ali Hosseini Khameni) is countered by a president and parliament elected by the people.

9. All Organs of Government Are Dominated by Conservatives

For much of the last decade, Iranian politics has been characterised by continued struggle between elected and unelected institutions. In Iran’s history, reformist presidents — and, at times, parliament — have been elected and have struggled against the conservative establishment. Recently, however, conservative hardliners have gained control of government and presidency.

Iran’s Supreme Leader, Ayatollah Ali Khamenei, has called all Iranians to vote even “if they do not want to support the Islamic ruling establishment.”

But with hardliners regaining control of the parliament in 2004 and the presidency in 2005, all the organs of government are now dominated by conservatives.

10. Thousands of Iranian Gmail Accounts Have Been Hacked

Google reports an extensive hacking campaign in the weeks leading up to the country’s closely watched presidential elections. Google described the attacks as broad “email-based phishing” attempts seeking to trick unsuspecting Gmail users into giving up their user names and passwords. They said they originated in Iran and appeared to be “politically motivated in connection with the Iranian presidential election on Friday” and that they have alerted users to “state-sponsored attacks and other suspicious activity. 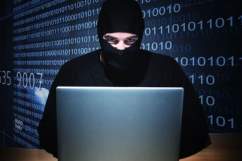