A sober man was arrested in Surprise, Arizona last week and charged with a DUI, even though he he registered a 0.000 on a breathalyzer test, reports the Deseret News.

64-year-old Jessie Thornton was driving back from a late night swim at 11 p.m. when a cop pulled him over for crossing over the white line.

“He [the officer] walked up and he said ‘I can tell you’re driving DUI by looking in your eyes,'” Thornton told ABC 15. “I said, ‘I’ve been swimming at LA Fitness,’ and he says, ‘I think you’re DUI… we’re going to do a sobriety test.’ I said, ‘OK, but I got bad knees and a bad hip with surgery in two days.’”

The cops said they could tell he was drunk just by looking at him and that his eyes were bloodshot. Two more officers arrived at the scene and they conducted a sobriety test on Thornton. After the test, Thornton was placed in handcuffs and was told to sit on the curb. He was then taken to the police station and was given a breathalyzer test, which he blew a 0.000.

A drug-recognition expert was called in and he reportedly told Thornton that he should have never been arrested.

“I would never have arrested you.” The expert wrote a statement, “in my opinion Jessie was never under the influence of drugs or alcohol.”

By the time Thornton was cleared, his car had already been impounded and the Arizona Motor Vehicle Division were notified of his arrest. He was later told that his license was getting suspended and that he had to take a drinking class.

Thornton believes he was arrested for being black.

“It was driving while black,” he said. “I’ve been stopped 10 times in Surprise and given four tickets, it’s amazing.”

The man is now suing the Sunrise Police Department for $50,000. The DUI charge was dropped, but Thornton’s attorney says it’s not enough. 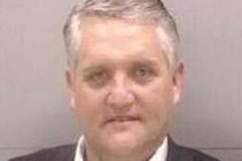 Loading more stories
wpDiscuz
0
0
Would love your thoughts, please comment.x
()
x
| Reply
A sober man was arrested in Surprise, Arizona last week and charged with a DUI, even though he he registered a 0.000 on a breathalyzer test.