Last Friday’s murder of Australian baseball player Chris Lane by ‘bored’ teens James Edwards, Chancey Luna and Michael Jones has been reported as being influenced by Chicago rapper Chief Keef, AKA Keith Cozart. Keef’s music has been criticized as being overly violent and encouraging of the youth violence pandemic in Chicago.

Here are the top ten facts you need to know about Chief Keef.

According to an exclusive by the Daily Mail, Chris Lane’s murder was inspired by “ultra-violent” rapper Chief Keef. Keef is an 18-year-old recording artist out of Chicago, Illinois.

Authorities revealed that the accused murderers, James Edwards, Chancey Luna and Michael Jones, were not part of a gang, but were simply wannabes who were “emulating the thuggish beliefs of their idols, with Chief Keef being prime suspect.”

Police have identified Edwards as the alleged shooter. According to the Daily Mail, he tweeted some Chief Keef lyrics that rings eerily similar to the killing. “With my ni**** when it’s time to start taken life’s,” read the post.

An even more shocking development is that this isn’t the first killing linked to Chief Keef’s music. Earlier this year, a Florida teen named Ty Williams was arrested for killing his mother for not knowing who Chief Keef was.

“I was bumping ‘Finally Rich’ in the living room and that b**** asked me who was singing.”

“Ever since he started to listen to that Chief Keef rapper he hasn’t been the same.”

Keef unapologetically posted a shot of the story on his Instagram.

2. Chief Became Popular While He Was Under House Arrest

While Chief was under house arrest for a weapons charge, he recorded and released several videos to his YouTube account, reported The Chicago Tribune. According to his bio on his website, he was arrested after being shot at by police for “unlawful use of a weapon.” He was ordered to house arrest at his grandmother’s house.

His video began growing attention from the local rap community. Multiple music videos and mixtapes soon followed. His tape, “I Don’t Like” became a local Chicago favorite, especially among people his age. Although Keef stopped attending school at the age of 15, his music was growing in popularity in local Chicago schools. His bio claims that this popularity is due to the fact that “the atmosphere in Keef’s sound and the message in his lyrics to be resonant in their own lives.”

It also claims that “his music accurately and honestly reflects the violence, hopelessness and frustration, as well as moments of joy and victory, of the environments that Keef and hundreds of thousands of other poor and working-class kids live in.”

Soon after Keef was released from house arrest, his music began breaking out of his local scene. Other popular artists began sampling and remixing his tunes, including Soulja Boy, Lil B and Kanye West. This widened his appeal and began receiving offers from record labels.

After a bidding war between many labels, according to Hip Hop DX, he decided to sign with Interscope records.

3. Interscope Records Gave Him His Own Record Label

After a bidding war between record labels for his music, Keef decided to sign with Interscope Records. The agreement gave the young rapper leadership over his own label, called Glory Boyz Entertainment. Active since 2011, the label apparently currently only releases mix tapes. They have a catalogue of ten artists, including Chief Keef, Lil Reese, and producer Young Chop. 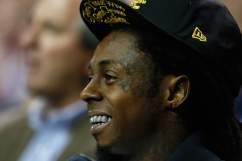 Chief Keef has an extensive criminal record, outlined on his Wikipedia page. Here’s a little summary to make it easier for you.

January 27, 2011: Arrested on charges of heroin manufacturing and distribution. Sentences to house arrest.

December 2011: In a chase with police, Keef pointed a gun at officers multiple times. A policeman opened fire on the teen but missed. They eventually caught him and confiscated the loaded pistol. He was charged with three counts of aggravated assault with a firearm on a police officer, aggravated unlawful use of a weapon, and a misdemeanor for resisting arrest. He spent a short time in Cook County Juvenile Detention before being released on house arrest. This is when he recorded the YouTube videos.

September 5, 2012: He was being investigated by Chicago police in connection to the murder of another Chicago rapper named JoJo. The two rappers had a bit of a “beef” going on, and Keef moched his death on Twitter shortly following the news of the shooting. JoJo’s mother claims that Keef paid to have her son murdered. He has yet to be connected to the shooting.

October 27, 2012: Authorities appealed to a judge to have Keef sent to a juvenile detention center after he was recorded shooting guns at a gun range during an interview, despite being on parole. After appearing in court over the matter, the judge ruled in Keef’s favor.

January 15, 2013: Keef was taken into custody after another judge ruled that the gun range interview was a breach of his probation. He was sentenced to two months in juvenile detention and was also made a ward of the state. He was released after serving 60 days on March 14, 2013.

May 20, 2013: The young rapper was arrested in Dekalb County in Atlanta, Georgia for allegedly smoking weed in public. He was also charged with disorderly conduct. He was released later that day.

May 28, 2013: Chief Keef was arrested for driving 110 mph in a 55 mph zone in Chicago. He was also charged with driving with an unlawful amount of passengers. Keef was released on bail. He went on to pleading guilty to speeding and paid his $531 fee. A judge ordered him to also serve 18 months probation, 60 hours of community service, and to undergo random drug tests.

Chief Keef seems to wear his criminal past on his sleeve like armour. He’s even posted a photo of his arrest report on Instagram.

6. His Music Has Been Condemned For Its Violent Nature

If you Google his name, Chief Keef has been widely reported and condemned as representing violence in youth culture. He has even been called the “spokesman for the Prison Industrial Complex,” by Chicago hip hop artist Rhymefest.

The violent and aggressive nature of his music has caught the attention of groups such as The Girls Like Me Project, which has began petitioning to remove Keef’s music from schools due to its content involving violence against women.

“You aint gonna let me f*ck and I feel you, but you gone suck my d*ck or I’ll kill you,” reads the lyrics in Keef’s song, titled “You.”

The organization’s goal is to “help urban girls of color identify and critically examine the cultural environmntal, and media messages that influence their development.

The Girls Like Me project provides the tools that empower participants to master trans-media to A.) Set expectations for personal excellence B.) Transform their community through advocacy; and C.) Cultivate a global connection to their peers.

“As an artist on a national label, Interscope Records, Chief Keef and his label mates have the ability to mass-produce messages that glorify rape and murder of girls. His platform allows him access to influence minds and psyches of impressionable students in CPS. While it may be a challenge to stop radio stations from promoting this message, school officials have the authority to exercise their moral obligation which calls for the boycott of music that promotes rape or any kind of gender violence.

[W]e are asking CPS to take a stand and limit the exposure your students have to this destructive music. In a city where violence disproportionately halts the potential of our young people, we cannot afford this type of influence in our schools. If nowhere else in this city, our girls deserve to feel safe from sexual violence and misogyny in their school communities.” 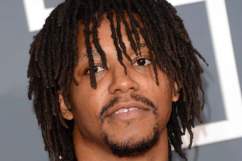 7. Keef Had a Beef With Katy Perry

He had a short-lived “beef” with Katy Perry. Perry made a Tweet in reference to Keef’s song called ““I Hate Being Sober,” saying that she has “serious doubt for the world,” according to Vulture.

Chief responded bluntly: “Dat bitch Katy Perry Can Suck Skin Off my D—,” read his first reply. “I’ll smack The S— out her,” read another. He also announced his plan to release a ‘diss’ song targeting her.

Perry quickly learned that you shouldn’t mess with people with violent pasts and returned to Twitter offering an olive branch.

Mr. Keef! I’m sorry if I offended you. I heard a lot of people guesting on the song & didn’t even know it was you in particular. Actually…

I’m a fan of your “Don’t Like” video tbh. I was really just having a general opinion on our generations desire to be constantly intoxicated.

Although he didn’t reply, he did make a gesture of accepting the apology by retweeting her statement.

Chief Keef is a frequent user of the social media platform, Instagram. His violent upbringing permiates through to his online persona. He likes posting pictures of him and his gun on Instagram.

Keef’s persona is not just for show — he’s lived in the violent Chicago youth culture his entire life. In fact, his step brother was killed in a gang-related shooting in January 2013. Ulysses “Chris” Gissendanner III was 19-years-old when he was shot in the back of the head after visiting his uncle, according to DNAInfo.com.

Like his brother, Ulysses was also an aspiring teen rapper. The two teens were close as children, but eventually did not live in the same household and drifted apart. They also did not have the same friends.

10. Keef’s Popularity Has Landed A Spot On The Soundtrack For Grand Theft Auto 5

Chief Keef’s hit single, “Love Sosa” will be included in the soundtrack to Grand Theft Auto 5. According to iDigitalTimes.com, the highly anticipate video game will also feature tracks from Tyler The Creator, The Game, The Alchemist, Waylon Jennings, and Wavves. You can check out “Love Sosa” above. 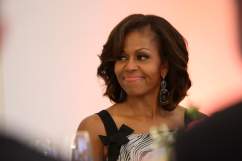