The damaged cargo ship pictured above collided with a ferry late Friday night in the Philippines, killing at least 31 people. (Getty Images)

At least 31 people have been confirmed dead and 172 are still missing after a ferry collided with a cargo ship in the Philippines on late Friday, reports philSTAR.com.

The ferry, the MV Thomas Aquinas, was about to enter the sea port in Talisay City when it collided with cargo vessel MV Sulpicio Express 7 shortly after 9 p.m. According to the Philippine Coast Guard’s website, 629 people were rescued, but 172 are still missing. A total of 31 bodies have been recovered, and Rear Admiral Luis Tuason says the death toll will likely rise.

“The captain managed to declare abandon ship and they distributed life jackets but, because of the speed by which it went down, there is a big chance that there are people trapped inside,” Tuason said.

The ferry sank within 10 minutes of collision and currently sits 108 feet below sea level.

The accident happened in the mouth of a narrow strait leading into the port. According to the Telegraph, the ferry had requested a change in its approach to port just minutes before the collision, but it was unclear whether the cargo vessel had agreed.

The captains of the two ships are alive, but have yet to be questioned.

One survivor, Jerwin Agudong, said he and other passengers jumped overboard in front of the cargo vessel.

“It seems some people were not able to get out,” Agudong said. “I pity the children. We saw dead bodies on the side, and some being rescued.”

As of Saturday morning, the Philippine Navy said that the rescue operations have been temporarily halted due to rough seas in the area. 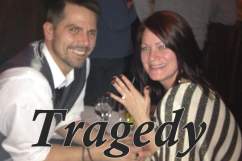 Loading more stories
wpDiscuz
0
0
Would love your thoughts, please comment.x
()
x
| Reply
At least 31 people have been confirmed dead and 172 are still missing after a ferry collided with a cargo ship in the Philippines on late Friday.