Daisy Coleman was just 14 years old when the youthful indiscretion of sipping alcohol with her friend, 13, in her bedroom in Maryville, Missouri, led to the most horrific night imaginable, reports The Kansas City Star.

After discovering her passed-out daughter on the front porch in the early-morning hours of January 8, 2012, the shocking truth descended on Coleman’s mother, Melinda: Her 14-year-old daughter had been raped.

What followed for the Coleman family was not justice, but rather local political maneuvering, a hate campaign and the victim’s family being run out of town.

Here’s what you need to know about this nightmare:

In 2009, Melinda Coleman’s husband, Dr. Michael Coleman, was involved in a tragic accident that claimed his life. He was driving to watch his son, Charlie, compete in a wrestling tournament when his car hit black ice and plunged into a ravine. His daughter and son, Daisy and Logan, were in the car at the time of the accident; they survived, Michael did not.

The family’s entire life in the town of Albany, Missouri, some 40 miles away from Maryville, served as a constant reminder to the loss of their patriarch. From driving by his medical practice on a daily basis to having people introduce Melinda Coleman as “Michael’s widow.” In early 2010, Melinda Coleman made the brave decision to move on with her life and take her family to Maryville to escape the haunting memories.

2. Eventually, Daisy Appeared to be Settling in Well

With Melinda Coleman’s eldest son, Charlie, becoming an instant hit at his new school, Maryville High, thanks to his sporting abilities, the adjustment for the family was made easier. Eventually Charlie would win a baseball scholarship at Baker University. The second eldest in the family, Logan, also became a star wrestler at the school. Daisy’s assimilation was slightly slower, though the beautiful blonde, thanks to her exploits with cheerleading squad, eventually found her place in Maryville.

Melinda Coleman, meanwhile excelled as a bodybuilder. In the below video she talks about her transformation, while citing Daisy as an inspiration. 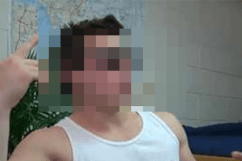 After beginning her freshman year in high school in 2011, Daisy became acquainted with Matthew Barnett, a senior football player with the school’s team, the Spoofhounds. Barnett had been a friend of Coleman’s older brother. Charlie Coleman told The Kansas City Star: “I told her to stay clear of that kid. But honestly, what teenage kid want to listen to her older brother?”

Despite her brother’s warnings, Daisy Coleman entered into a relationship of texting with Barnett. Days before Coleman was raped, Barnett had been a guest of Charlie’s at the Coleman family home, where a large group gathered to watch football.

5. The Horror Began During a Quiet Sleepover

On January 7, 2012, Coleman and a 13-year-old friend from Albany, Missouri, were in Coleman’s bedroom watching TV, chatting and sipping Bacardi. At one point, Melinda Coleman checked up on the girls, and everything seemed in order. Throughout the evening, Coleman had been texting Barnett. Eventually Barnett arranged with Coleman to pick up the two girls and drive them to his house, provided they could sneak out. Barnett arrived at the Coleman home around 1 a.m.

When the pair arrived at Barnett’s home they were introduce to Maryville High School’s top wrestler, Jordan Zech, another senior. The girls were also introduced to another 15-year-old, whom Coleman already knew, and another senior football player whose family owned the local A&G restaurant. Information presented to Heavy indicates that the owner of the restaurant is named George Groumoutis.

The girls were convinced to drink more, “two glasses of clear alcohol,” according to Coleman. With Coleman unable to speak coherently, according to witnesses, due to her level of inebriation, at one point she went off with Barnett. It’s unclear what happened after this point. 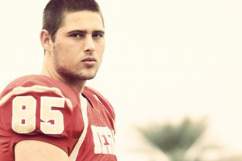 6. Jordan Zech Reportedly Made a Video of Barnett and Coleman Having Sex

Jordan Zech had taken a video on his phone of Barnett and Coleman having sex, reports The St. Joseph News Press. Zech later he said he believed he was recording “dry-humping.” The recording was alleged passed around Maryville High and some students teased Coleman about its existence. It remains the only true document of what went on that night.

7. Coleman Was Left For Dead in Frigid Temperatures

On the morning of January 8, Melinda Coleman found her daughter lying lifeless on the family’s front lawn. In below-30s temperatures, she was shivering with her hair frozen. Melinda Coleman thought this was another case of her daughter’s sleepwalking. She ran a bath for her daughter, but after undressing her noticed bruising and cuts. She says she immediately knew what happened. Her daughter had been raped.

Melinda Coleman found her daughter’s friend asleep in Coleman’s room. The friend confessed to what had happened and said that the last thing she remembered was being dropped off by Barnett and another boy. They told her to go into the house while they tried to sober up Coleman.

Coleman took her daughter to St. Francis’ hospital, where vaginal tearing was discovered, solid evidence of sexual penetration. Both Coleman and her friend were interviewed by the Nodaway County Sheriff. Coleman’s 13-year-old friend told police the other 15-year-old boy was at the party brought her into a room and had sex with her against her wishes.

8. Charges Were Brought Against Barnett But Dropped

Matthew Barnett faced sexual assault charges because of what happened to Daisy Coleman on January 7, 2012. The charges were dropped in March 2012 due to a sudden lack of evidence. This led to outrage among Coleman’s family and friends, despite the alleged video of the act that was being used to bully Coleman, reported the St. Joseph News-Press.

An online petition was set up to get the charges against Barnett reinstated, alleging that the charges had been dropped due to Barnett’s family connections. His grandfather is Rex Barnett, a Missouri Republican icon. The petition stated, “The conduct of Robert Rice [Prosecutor] and Darren White [Sheriff] is, at the very least, questionable in this case.” Rice said it was the “right call” to drop the charges, he added:

The state does not have proof beyond a reasonable doubt that those two defendants committed the charges. We did have all the medical, and all the information where we could make a decision based on the evidence, and I am absolutely convinced it was the right call to do, and it was the right decision to dismiss it.

9. An Unbelievable Campaign of Hatred Began Against the Colemans in Maryville

Before the end of January, Melinda Coleman would find herself out of work at Maryville’s SouthPaws Veterinary Clinic. She had been told the possibility of a criminal case involving her was “putting stress on everyone here.”

During a wrestling event Charlie Coleman was openly booed by the crowd. Soon after at a dance event one student wore a T-shirt that read: “Matt 1, Daisy 0.”

One tweet aimed at Coleman read: “F— yea. That’s what you get for being a skank.”

Daisy and Logan Coleman had transferred to Albany High School back in their hometown, making an 80-mile round-trip every day. Eventually the whole family returned to Albany, Missouri, in August 2012.

Charlie Coleman told The Kansas City Star that his sister tried to commit suicide after the ordeal and spent time in a home for teens who struggle to cope.

10. Matthew Barnett Now Faces a Campaign Against Him

A thread was set up on Topix that noted Matthew Barnett was going to be a freshman at the University of Central Missouri. One poster noted that he should be in jail. Another says:

Women on campus need to be aware, this piece right here, felt it was okay to rape 14 year old. Be sure to treat him with the same respect. And his family wants the victim’s family to apologize for what their son has gone through. No sense of responsibility for one’s own actions!

Meanwhile, the article in The Kansas City Star spurred hacktivist group Anonymous into action. They wrote:

We demand an immediate investigation into the handling by local authorities of Daisy’s case. Why was a suspect, who confessed to a crime, released with no charges? How was video and medical evidence not enough to put one of these football players inside a court room? What is the connection of these prosecutors, if any, to Rep. Rex Barnett? Most of all, We are wondering, how do the residents of Maryville sleep at night?

We have heard Daisy’s story far too often. We heard it from Steubenville, Halifax and Uttar Pradesh. In some cases, it was too late. Both Amanda Todd and Rehtaeh Parsons, girls not much older than Daisy, took their own lives after the adults, the police and the school system, failed to protect them. If Maryville won’t defend these young girls, if the police are too cowardly or corrupt to do their jobs, if justice system has abandoned them, then we will have to stand for them. Mayor Jim Fall, your hands are dirty. Maryville, expect us…We Are Anonymous. We Are Legion. We do not forgive. We do not forget. Join us.

Twitterstorm planned for #Justice4Daisy. Package will be released tonight. #OpMaryville

Loading more stories
wpDiscuz
17
0
Would love your thoughts, please comment.x
()
x
| Reply
Daisy Coleman is the Missouri teen who was raped, bullied and run out of town. A local football hero, grandson of the state representative, saw his charges dropped for "lack of evidence."