In the viral video that’s taking the Internet by storm where a man in a Range Rover has a serious altercation with a biker gang in New York City, members of the infamous Westboro Baptist Church claim to know the gang involved.

During one of the “church’s” Twitter attacks on September 30, the group bets the perpetrators are in The PGR, or the Patriot Guard Riders to you and me. The Guard Riders refer to themselves as:

A national organization of motorcycle enthusiasts created to oppose the Westboro Baptist Church, who attend funerals to honor fallen US military personnel. 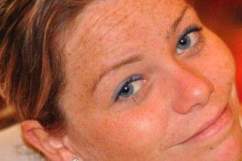 The PGR gained national attention when they promised to put up a guard of honor to block any Westboro picketing of the funerals of those killed during the Boston Marathon Bombing.

The Westboro Baptist Church made its name in protesting the funerals of victims of tragedies — somehow relating the deaths to acceptance of homosexuality in society — has proven time and again that no tragedy is safe from the group’s vile opinions.