As a result of the incident where four UK Marines were recorded laughing and joking before shooting dead an Afghani insurgent, three are facing murder charges in a military court in England, reports Channel 4 News.

The judge in the trial ordered the audio, which is from one of the Marine’s helmet recorders, to be released as it is key to the prosecution’s case. You can hear it above.

This transcript, via Channel 4 News, shows Marines A and C, who are both charged with murder, and Marine D, who is not being charged (M is unidentified):

M: Does anyone recognise him?

A: Right, get him closer in so PGSS (surveillance balloon) can’t see what we’re doing to him.

A: Get him right in.

A: Over by that corn.

A: Right, in that – that clear space…Get him right over here.

D: Do you want him back in?

A: Anybody want to do first aid on this idiot?

These are the significant extracts of the second video:

B: We’ll patch him (with) an FFD (first field dressing), Steve…

B: Better send up a nine liner, I suppose. (Request for helicopter casualty evacuation).

A: Yeah, er we’re just waiting for Steve to er get…He may well be dead. (Speaking on radio).

C: He’ll be on – be behind them trees in a minute.

A: Hello, one zero. One four hotel. (Speaking on radio).

A: I hate to say it, administering first aid to this er individual, he’s er…(Speaking on radio).

B: There was a grenade there as well, was there…

C: Yeah in his pocket.

B: That’s probably re – ready to go on you boys.

C: Yeah maybe we should pump one in his heart.

There then follows a period of radio traffic.

There you are, shuffle off this mortal coil, you c***… it’s nothing you wouldn’t do to us.

A: Biometric data module, right. Er try and brush some of that s*** off his face.

B: If anything – if anything gets heard mate, it’s as a warning shot went down. 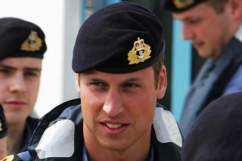