Aja Metoyer, 30, has been named by TMZ as Dwyane Wade’s baby mama.

Entertainment Tonight reported on December 30 that Wade had fathered a child with another woman while he and Gabrielle Union were on a “break.” After much speculation over who the mother might be, TMZ dug up the birth certificate.

Here’s what we know about Metoyer and her love child with Dwyane Wade.

1. She Has at Least One Child With Damon Wayans Jr.

This is not Metoyer’s first time procreating with a celebrity.

According to TMZ, Metoyer has two children with Damon Wayans Jr., the son of comedy legend Damon Wayans and star of the sitcom Happy Endings.

However, this report on their court appearance calls her the mother of “one of” his children.

According to this, Metoyer and Wayans were high school sweethearts.

A Twitter account under the handle @ajametoyer shows extensive past interaction with members of the Wayans family, including Damon Wayans Jr.

The same account was at-mentioned by Wade in a 2010 Happy Mother’s Day tweet (above). At the very least, this establishes Wade has known her for some time.

Mysteriously, a current account under that handle has reappeared with very few followers, no following, and just two tweets:

3. Dwyane Wade’s Name Does Not Appear on the Birth Certificate

The birth certificate, out of Los Angeles County, lists the child’s name as Xavier Zechariah Wade, and his mother as Aja Manique Metoyer.

The father’s name is nowhere to be found.

According to California state law:

… if the parents of a child born in California are not legally married when the child is born, the father’s name will not be added to the birth certificate unless both parents:
Sign a voluntary Declaration of Paternity form in the hospital, or
Sign the form later or legally establish paternity through the courts, and pay a fee to alter the birth certificate.

In September, in an appearance on Jay Leno, Wade said that he and Gabrielle Union had been on a break earlier in the year but were together during the summer of 2013.

After the announcement that Wade had fathered another child, rumors were rife on Twitter that his baby mama was former Lamar Odom mistress Sandrina Schultz. 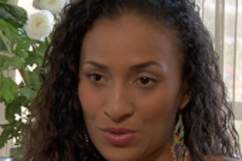 5. Wade Reportedly Visited the Child as Recently as This Week

Dwyane Wade talks with Kobe Bryant after the game at Staples Center on December 25, 2013. Wade reportedly visited his baby son while in town for the game. (Getty)

Wade reportedly visited the child on Christmas Day when the Miami Heat were in Los Angeles to play the Lakers. 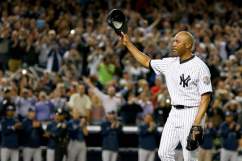 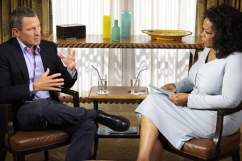 Loading more stories
wpDiscuz
6
0
Would love your thoughts, please comment.x
()
x
| Reply
Aja Metoyer has been named by TMZ as the mother of Dwyane Wade's 6-week-old love child. She also has a child with Damon Wayans Jr.