Prosecutors in Jackson County, Missouri will not file any new rape charges in the case of the alleged rape of teenager Daisy Coleman, reports Fox Kansas City.

According to prosecutors, the main suspect in the case, Matthew Barnett will now be charged with endangering the welfare of a minor.

On January 6, Daisy Coleman’s mother, Melinda, announced that her daughter had attempted suicide over the weekend and was in hospital recovering. In January 2012, Daisy Coleman alleges that she was raped by local football star and politically well-connected teenager Matthew Barnett. After initial rape charges were brought, the case was quietly quashed by local authorities. A heinous campaign of bullying and intimidation began against Daisy and her family which eventually led to them fleeing Maryville. 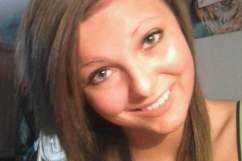 Read More
Breaking News, Daisy Coleman, Rape
wpDiscuz
0
0
Would love your thoughts, please comment.x
()
x
| Reply
Matthew Barnett will however be charged with endangering the welfare of a minor.