According to the Cumberland County Sheriff’s Office, a 15 year old student has been arrested after he was found armed on campus at Ramsey Street Alternative School in Fayetteville, North Carolina, reports ABC 11.

1. The Student’s Gun Was Loaded

A school security officer found a .32 handgun as well as eight rounds of ammo on the student. The gun was loaded, Fox 8 reports that the gun was found in the student’s hoodie.

There were no shots fired and nobody was injured.

3. The School Searches All Students

There is a protocol at the school that requires students to be searched. WNCN reports that students outer-wear is searched prior to going into their class rooms.

4. The Student is Facing One Charge, So Far

The teenager was taken to Cumberland Regional Juvenile detention center (above) where he was charged with bringing a weapon on to school campus.

5. There Are 19 Students at the School

The school caters for grades 5-8 and has just 19 students enrolled. 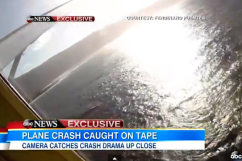 Read More
5 Fast Facts, Breaking News, Crime, Guns
A 15-year-old student has been arrested at Ramsey Street Alternative Schools after he was found with a .32 handgun and eight rounds of ammo.