In the Russian city of Volgograd, 550 miles south of Moscow, a suicide bomber detonated a bomb in a crowded train station on December 29. The attack killed 16 people and injured over 30 just one day before another bomb killed 10 people in the southern Russian city.

Above you can watch the CCTV raw footage from inside the station at the moment of the attack. Thus far, Russian authorities have suspected rebel groups from the caucus region of Dagestan and Chechnya of carrying out the attacks in light of the upcoming Olympic games in Sochi.

Security cameras from across the street also caught the explosion from outside the main entrance of the station:

Sochi is located about 400 miles southwest of Volgograd. The 2014 winter olympics begin there on February 7. 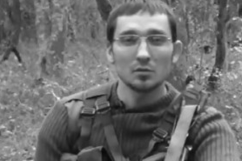 Loading more stories
wpDiscuz
0
0
Would love your thoughts, please comment.x
()
x
| Reply
Security cameras from inside and outside the Volgograd train station caught video of the bombing. Watch it here.