Kelly Blazek, a Cleveland entrepreneur, is the co-founder of the Cleveland Jobs Bank. She’s become a viral sensation after a hurtful LinkedIn message she sent to someone looking to connect with her, was made public. The woman who made the message public, Diana Mekota, was simply looking for work in a new town. According to The Cleveland Plain Dealer, Mekota moved from Rochester, New York, after graduating John Carroll University.

Here’s what you need to know about Blazek:

1. Blazek Told the Job-Seeking Mekota She ‘Had Nothing to Offer’

According to Diana Mekota, who made the message public on Imgur, Blazek said she was giving Mekota, “You humility lesson for the year.” In a severe dressing down, Blazek allegedly told Mekota, “Your invite to connect is inappropriate, beneficial only to you and tacky.” She goes on to add, “I love the sense of entitlement in your generation. And therefore I enjoy Denying your invite, and giving you the dreaded, “I don’t know” [name deleted] because it’s the truth.”

The tirade ends with, “Don’t ever write me again.”

Mekota said she didn’t make the message public out of revenge, speaking to The Cleveland Plain Dealer, she said:

This was never a personal attack simply because I was turned down. More than anything, it was about the fact that this senior professional was treating young professionals like this, in a time when it’s already difficult to find a job.

Mekota also said that Blazek has since sent her an apology, which she has accepted. The sorry-filled letter that Blazek wrote read:

I am very sorry to the people I have hurt.

Creating and updating the Cleveland Job Bank listings has been my hobby for more than ten years. It started as a labor of love for the marketing industry, but somehow it also became a labor, and I vented my frustrations on the very people I set out to help.

Hundreds of people contact me every month looking for help, and as the bottom fell out of the job market, their outreach and requests demanded more of my time. I became shortsighted and impatient, and that was wrong.

My Job Bank listings were supposed to be about hope, and I failed that. In my harsh reply notes, I lost my perspective about how to help, and I also lost sight of kindness, which is why I started the Job Bank listings in the first place.

The note I sent to Diana was rude, unwelcoming, unprofessional and wrong. I am reaching out to her to apologize. Diana and her generation are the future of this city. I wish her all the best in landing a job in this great town.

2. Another Victim Has Come Forward

Another would-be jobseeker, Rick Uldricks, came forward to WJW-TV, to say he had received similar treatment from Blazek. He says she told him in an email, “I suggest you join the other Job Bank in town. Oh – guess what. There isn’t one. Done with this conversation, and you.” She’s also now apologized to Uldricks.

3. She’s Cleveland’s ‘Communicator of the Year’

In 2013, Blazek was named “Communicator of the Year” by the International Alliance of Business Communicators’ Cleveland branch. The group released a statement after this scandal broke, the group said, “The award of Communicator of the Year is not given lightly and any decision about her award will be made mindfully. We are in that process. While some might what a very quick decision, we will react only after thoroughly considering all aspects.” 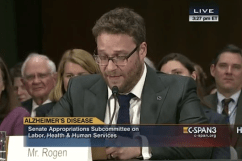 4. Blazek Has Gone Into Online Hiding

This is hilarious! The real #KellyBlazek is no more available on Social Media. pic.twitter.com/cHfPonWW87

5. In The Past, She Compared Job Seeking to the Dating Game

Prior to its deletion, Blazek’s blog had been dorment since at July 2014 post about the death of White House Journalist Helen Thomas. Her other posts included titles such as “Avoid These Six Goofs to Boost Your Job Search” and “In a Job Search? It’s Just Like the Dating Game.” 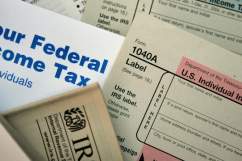 Loading more stories
wpDiscuz
0
0
Would love your thoughts, please comment.x
()
x
| Reply
Blazek, whose hateful rejection email has gone viral, was ironically voted Communicator of the Year by the International Alliance of Business Communicators in 2013.