Peter Lanza, father of Adam Lanza, has broken his silence more than one year after his son took the lives of 26 innocent people at Sandy Hook Elementary in Newtown, Connecticut, in December 2012.

His new comments come in a New Yorker article that will be published this week. The author of the piece, Andrew Solomon, says that Peter Lanza told his side of the story because he felt a “moral obligation.” It’s his first major interview, and his comments are chilling.

Here’s what you need to know about the heartbroken dad and his candid revelations:

During the interview, Lanza insisted that, if given the chance, his son would have killed him. He went on to brand his son as “evil” for his actions on December 14, 2012. According to Peter Lanza:

You can’t get any more evil. How much do I beat up on myself about the facts that he’s my son? A lot.

When addressing the notion that his son would have killed him, he says:

I don’t question for a minute. The reason he shot Nancy four times was one for each of us: one for Nancy; one for him; one for Ryan; one for me.

2. He Works for General Electric

It was previously reported that Lanza was a vice president for financial services contractor to GE. According to the interview, he worked “ridiculous” hours during Adam and his older brother Ryan’s childhoods. Peter Lanza and Nancy Lanza divorced in 2009, but he says that didn’t affect his sons all that much. The Lanza brothers saw their father on weekends during the separation, when among other things, they enjoyed hiking together.

He added that they liked to debate politics as Adam Lanza got older. His son was a fan of Ron Paul. The two also had a shared interest in World War II.

Prior to the events at Sandy Hook, Peter Lanza hadn’t seen his son in two years, as Adam refused to see him.

During the course of the interview Peter Lanza talks about the changes in Adam’s psyche. He had been diagnosed with a range of mental illnesses, including Asperger’s, which is not associated with violent behavior. Peter Lanza contends that no psychiatrist ever got to the root of his son’s problems, calling his son an “undiagnosed schizophrenic.” He adds:

Asperger’s makes people unusual, but it doesn’t make people like this. 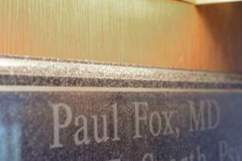 4. Nancy Lanza Didn’t Know How Dangerous Her Son Was

Peter Lanza contends that his ex-wife didn’t know what kind of monster she was living with. He says:

She never confided … about being afraid of him. She slept with her bedroom door unlocked and kept guns in the house which she wouldn’t have done if she were frightened.

In the wake of the shooting, many saw Nancy Lanza not as a victim but rather as an accessory: She taught her disturbed son how to use guns and kept them in the house where he could access them. In the interview, Peter Lanza didn’t discuss if he mourned for his former wife.

He said he finally thought his story was an important part of the puzzle, and that he had a moral obligation to tell it. That it might help the families, or it might help prevent another Newtown.

On the one-year anniversary of the Sandy Hook Massacre, the governor of Connecticut asked churches to ring bells 26 times. U.S. President Barack Obama mourned the loss of six educators and 20 beautiful children.

Loading more stories
wpDiscuz
1
0
Would love your thoughts, please comment.x
()
x
| Reply
Peter Lanza bares his soul in his first major interview. "The reason he shot Nancy four times was one for each of us."