Quinton Ross, 32, a former star with the Dallas Mavericks and Memphis Grizzlies in NBA, was not found dead in a shallow grave in Brooklyn, New York. A body was found on the the morning of March 24, reports The New York Post.

1. The Body Was Stuffed in a Bag

A body was found stuffed into a garbage bag, buried in some weeds, near the water at Beach 40th Street in Far Rockaway.

He had been reported missing since March 20.

3. Ross Was Being Harassed for Money

His aunt told The Post that men had been calling her home looking for Ross and demanding money.

4. The Post Yanked the Original Story From its Site

It has not been clarified how the rumor that the body found was Ross started.

The Post deleted the original story from its website. A separate story conveys the new version of events.

5. Ross Was Last Known to be Playing in France

Ross was a 6-foot-6 guard who last played for the Nets in the NBA back in 2011. Up until January 2014, he had been playing his ball in France. In 2009, Dallas Mavericks coach Rick Carlisle said, “He’s a really good system player. He knows the game, knows his strengths and plays to them.” 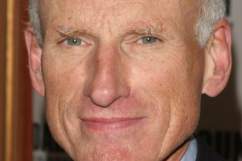