On January 6, 2011, transparency activist and Reddit co-founder Aaron Swartz was arrested while riding his bike near Harvard’s campus in Cambridge. The 45-minute video above, acquired by WIRED via the Freedom of Information Act, revealed what happened when Swartz was taken back to the station and booked.

When the officer asks Swartz if he knew why he was being arrested, he tells them he does not. The exchange goes like this:

Swartz: “So they said that I broke into MIT, is that it?”
Officer: “Yeah, they charged you with two counts of B&E in the daytime, to commit a felony.”
Swartz: “At MIT?”
Officer: “Yeah.”
Swartz: “Huh. I mean, walking into MIT isn’t breaking-and-entering, right?”
Officer: “I have no idea what the circumstances are, man.”

The officer also tells Swartz, “You seem like a good kid, man,” to which he responds, “I think I am.”

Swartz was later sentenced to 50 years in prison and $4 million in fines for going into an MIT building and downloading thousands of academic journals from database JSTOR. 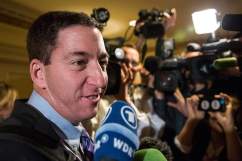