Michael Morell, the former acting CIA director, testified under oath today before the House Intelligence Committee in his first public questioning on the September 11, 2012, U.S. consulate attack in Benghazi, Libya.

Before the committee, Morell maintained his position that the CIA did not deceive the public on any aspects of the attack, which occurred while he was deputy director.

Here is what you need to know about the man, the controversy, and the hearing:

1. Many Believe the CIA Misled the Public About the Benghazi Attacks

On September 11, 2012, a group of around 150 armed men attacked the United States consulate in Benghazi, Libya, killing four Americans. Immediately after the attack, the Obama administration gave out mixed messages at times calling the attack the result of a spontaneous protest, and at other times calling it a deliberate and planned attack on the embassy. The inconsistent message allowed some conservatives to develop theories that the president, his administration, and the CIA tried to cover up terrorist activity.

2. He Was Questioned on the Infamous ‘Talking Points’

One of the major topics the committee grilled Morell about were the Benghazi talking points sent out by the CIA, which you can see above. Many on the committee believed the talking points did not properly reflect the CIA’s information on the issue, and others thought they purposely downplayed the role of terrorism. Politico reports that Chairman Mike Rogers (R-Mich) said that the talking points, “did not reflect the best information available,” in order to, “perpetrate a false narrative about the attacks.”

Similarly, Morell was forced to reiterate, “We did not deliberately downplay the role of terrorism in the Benghazi attack in our analysis or in the talking points.”

3. Morell Admits Making ‘a Number of Changes to the Points’

Morell was officially sworn in as the acting director of the CIA after David Petraeus’ resignation on November 9, 2012. Before and after that time, Morell has been accused by conservative activists of being vital in the “shaping of the administration’s narrative about Benghazi.”

4. It Is Morell’s First Public Testimony on the Attack

Wednesday’s testimony was Morell’s first public questioning since the attacks in mid-2012 and comes only 24 hours after the station chief responsible for Libya testified for the first time before a closed House subcommittee.

Morell sat before the House Intelligence Committee in November 2012, along with Director of National Intelligence James Clapper, to answer about Benghazi. During that time however, Fox reports that Clapper did all of the speaking and Morell remained silent.

5. He Now Serves as a CBS News Correspondent

Morell retired from the CIA August 9, 2013, after 33 years in the agency. Morell later became the Senior Security Correspondent at CBS news. You can see a video of him talking about Edward Snowden on CBS above. 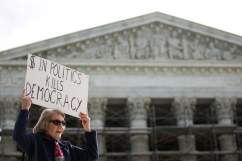