Gunfire broke out Monday at a federal courthouse in Salt Lake City, Utah.

The Salt Lake Tribune reports that the defendant in a gang trial was killed by a U.S. marshal when the defendant tried to attack a witness in the trial with a pen.

2. The Shooting Took Place During a Gang Trial

The victim in the shooting, Siale Angilau, is alleged to have been a member of the Tongan Crips gang.

The trial was in the courtroom of Judge Tena Campbell, according to the Tribune and the Deseret News.

The Tribune reports that, according to federal officials, Angilau attacked the witness in an “aggressive, threatening manner.”

4. U.S. Marshals Were Managing the Scene

Salt Lake police are on scene, but since the shooting took place in a federal government building, U.S. marshals are in charge at the scene. Several media outlets have reported that some Salt Lake police officers who responded weren’t allowed in the building.

5. The FBI is Also Investigating

DEVELOPING: FBI on scene of a shooting at the federal courthouse in Salt Lake City; at least one person injured http://t.co/3tvu1S8dco 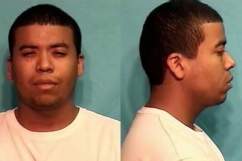 Read More
5 Fast Facts, Crime
Follow Heavy ↓
wpDiscuz
0
0
Would love your thoughts, please comment.x
()
x
| Reply
One person was injured in a shooting Monday at a federal courthouse in Salt Lake City, Utah. Here's what you need to know.