The Ouachita Citizen in Louisiana reports that Melissa Hixon Peacock, 33, is the woman who was caught on camera kissing conservative Republican Congressman Vance McAllister. The pair were recorded together locking lips in surveillance footage recorded two days before Christmas.

McAllister, a freshman congressman who is married with five children, won his seat in Louisiana’s 5th district with 60 percent of the vote, despite being a political newcomer. A churchgoing Baptist, he ran on family values and spoke openly about his faith. On April 28, McAllister announced that he wouldn’t be running for reelection.

Here’s what you should know about McAllister and the woman at the center of his scandal:

1. Peacock Is on McAllister’s Staff

The Washington Post reports that Peacock is also listed on a post election campaign finance report as being paid $300 as “reimbursement for headquarter cleaning.”

According to McAllister’s Chief of Staff Adam Terry, Peacock has been taken off the payroll in the past 24 hours. The congressman’s office later reiterated that Peacock had left of her own accord. 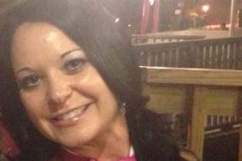 2. The Video Was Filmed in Peacock’s Congressional Office

The video is dated December 23, 2013, and was recorded at around 1:39 p.m. According to The Ouachita Citizen, it was made at McAllister’s congressional office at 1900 Stubbs Avenue, Suite B, in Monroe, Louisiana (above).

A reporter with The News Star, Greg Hilburn, says that the video was leaked a member of McAllister’s staff.

3. Peacock’s Husband Is a Friend of the McAllisters

Like McAllister, Peacock is married. She and husband Heath Peacock live in Sterlington, Louisiana, according to her Facebook page.

Heath Peacock donated money to McAllister’s campaign. According to his LinkedIn page, he works as assistant chief inspector at Wood Group Mustang, a company where Vance McAllister also worked for many years.

The Ouachita Citizen reports that the two families have been friends for a long time. Previously, when speaking about his faith, McAllister told The Citizen:

You don’t achieve goals by compromising your integrity but by building relationships on respect. We have to love our neighbor, which is the most bipartisan you can be.

I’m just freaking devastated by the whole deal, man. I loved my wife so much. I cannot believe this. I cannot freaking believe it. I feel like I’m going to wake up here in a minute and this is all going to be a bad nightmare.

4. The Congressman Has Admitted to the Affair

McAllister has released a statement asking his constituents for “forgiveness.” The full statement reads:

McAllister faces another election in November, as his victory in the past year was a run off. He will run again, Adam Terry, his chief of staff confirmed to The News Star. McAllister says:

If the people are willing to forgive me I’ll keep fighting. If there’s somebody more perfect than me who they support, it’s their will.

5. McAllister Brought ‘Duck Dynasty’ to the State of the Union

McAllister gained national notoriety when he invited cast members of the TV show Duck Dynasty to President Obama’s State of the Union address. The Associated Press credited McAllister’s friendship with Phil Robertson of Duck Dynasty with raising the profile of his campaign. The AP also notes that McAllister pumped $800,000 of his own money into the run.

Loading more stories
wpDiscuz
0
0
Would love your thoughts, please comment.x
()
x
| Reply
Vance McAllister, a conservative Republican from Louisiana, was caught on camera making out with Melissa Peacock, his staffer and the wife of his good friend.