A stabbing has been reported at Bulkeley High in Hartford, Connecticut, according to the Deputy Chief of the Hartford Police Department Brian Foley.

1. One male student was stabbed in the chest. He was transported to hospital. The student is conscious and not in life-threatening condition. CBS Connecticut reports that he’s being treated at Connecticut Children’s Medical Center.

2. A fight at the rear entrance to the school ended with the stabbing. Both of those involved in the stabbing are students.

Police, Crime Scene Unit on hand at Bulkeley High School in #Hartford where a stabbing was reported pic.twitter.com/MaAapnr127

3. Police have a suspect in custody, reports WFSB.

4. Police will hold a press conference on the attack shortly.

5. It isn’t known how many students were in the school at the time of the attack. 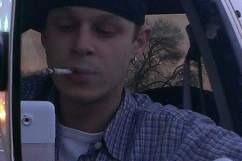