The new Clippers CEO is an ex-college basketball player with as impressive business chops as you’ll find.

Dick Parsons was appointed Friday to run the team in the wake of Donald Sterling’s lifetime ban. Sterling, whose racist comments to mistress V. Stiviano turned him into a national disgrace, is banned for life from managing the team.

It’s perhaps fitting that the post-Sterling Clippers, who already have a black head coach in Doc Rivers, now have a black CEO in Parsons.

The Clippers are hosting the Oklahoma City Thunder tonight in Game 3 of their NBA Western Conference semifinal series. The series is tied at 1-1.

Here’s what you need to know about Parsons:

Parsons in 2009 after taking over as Citigroup chairman. (Getty)

Parons joined Time Warner as president in 1995 and became chairman and CEO in 2002. He served in that role until 2008. He then served as chairman of Citigroup from 2009-2012. He’s now a senior advisor at Providence Equity Partners.

2. He’s on the Madison Square Garden Board of Directors

As has been noted elswhere, new Clippers CEO Dick Parsons will step down from role on Madison Square Garden board of directors.

Parsons, a Brooklyn native, is on the board of directors of Madison Square Garden, which owns the New York Knicks and New York Rangers, but wills step down in that role, according to multiple reports.

Here’s what Parsons had to say in an NBA news release issued Friday:

A lifelong fan of the NBA, I am firmly committed to the values and principles it is defending, and I completely support Adam’s leadership in navigating the challenges facing the team and the league. The Clippers are a resilient organization with a brilliant coach and equally talented and dedicated athletes and staff who have demonstrated great strength of character during a time of adversity. I am honored to be asked to work with them, build on their values and accomplishments, and help them open a new, inspiring era for their team.

Silver is hoping to rally owners in a vote to get Sterling to sell the team, but Sterling has vowed to retain control of the team.

4. He’s Been a Part of Many Presidential Administrations

His political career began when he was legal counsel to New York Governor Nelson Rockefeller in 1971. In addition to this, he’s been a part of pretty much every presidential administration since the Nixon-era. Parsons, a moderate Republican, most recently served as George W. Bush’s social security task force. Under Obama, he served on the transition team’s Economic Advisory Board just before being named Citigroup chairman.

5. Despite Being Married, He Fathered a Child With Another Woman

Parons met his wife, Laura Ann Bush, while he was a student in Hawaii. The couple were married in 1968. After leaving, Hawaii, Parsons studied at Union University’s Albany Law School in New York. He finished top of his class, paying for his tuition by working as a janitor, according to a Time magazine profile. His three children, are Gregory, Leslie, and Rebecca. In 2009, Parsons was helping to sort out the mess at Citigroup, he fathered a baby girl, Ella, with a model, MacDella Cooper. 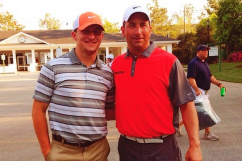 Loading more stories
wpDiscuz
0
0
Would love your thoughts, please comment.x
()
x
| Reply
Dick Parsons was appointed Friday as the interim CEO of the Los Angeles Clippers in the wake of Donald Sterling's lifetime ban from the NBA.