Ha’Sean Clinton-Dix, aka “Ha Ha” Clinton-Dix, is expected to be a first round draft pick in the 2014 NFL Draft. Here’s everything you need to know about this football star.

1. Ha Ha Clinton-Dix Is a Expected to Be a First Round NFL Draft Pick

According to his profile on NFL.com, Ha Ha Clinton-Dix is projected to be a first round draft pick. He played for the University of Alabama, but grew up in Florida. He is a safety with special teams experience.

His NFL profile indicates that Clinton-Dix excels at speed and has swift reaction times. That being said, the profile also notes that Ha Ha has some weaknesses. Some of those weaknesses are as follows:

“Has a narrow build and lacks ideal bulk. Could stand to get stronger. Not an elite athlete — ordinary speed and leaping ability. Occasionally gets stuck on blocks. Could stand to iron out his pedal.”

2. Ha Ha Clinton-Dix Got His Nickname From His Grandmother

According to a profile on AL.com, Ha Ha got his nickname from his grandmother. In that profile, he states that the proper spelling of his nickname is all one word, no hyphens, capital “H” in the middle: “HaHa.”

However, his name is given as “Ha Ha” on his Twitter page and his Alabama profile.

3. Ha Ha Clinton-Dix Has Similar Build & Weight to Other First Round Draft Picks

The article also gives some other pertinent stats about Ha Ha’s build, including his arm length (32 3/8 inches), and his broad jump ability (119 inches).

Ha Ha has a verified Twitter account. He tweets frequently about football, religion, and his family. He goes to the movies with his grandmother, talks about his use of Instagram, shares words of inspiration, and posts observations about being rich and famous.

In a recent article from the Fresno Bee, Charean Williams notes that players from the SEC conference are especially desirable to NFL teams. The article notes:

Ha Ha himself is quoted in the article. He states: “SEC players…play at a top-notch level. So if you play at a top level in the SEC, you’re the best of the best.” 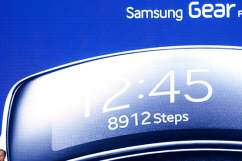