Three people are said to have been killed in a horrific stabbing in Forth Worth, Texas, reports NBC DFW.

Police responded to calls of a deceased person inside the home at 8:15 a.m. When cops responded to the home along the 500 block of West Felix street in Fort Worth, police found three dead bodies inside, reports the Dallas Morning News. The victims have not yet been identified.

2. Cops Don’t Have a Motive or Suspect Yet

In the scene, three people stabbed to death at Fort Worth house. Details at 11am @CBSDFW pic.twitter.com/EZyNmfUQ3J

There is no word on whether or not this is a triple murder or a murder/suicide. It is not believed that there is a larger threat to the community.

3. This Is the Second Triple Stabbing in Fort Worth in 24 Hours

These deaths come just 24 hours after three people were stabbed to death in a home on the other side of Fort Worth, reports CBS DFW. Those deaths happened in the Sunset Lane neighborhood in the north part of the city. It has not been announced if those deaths were the result of a homicide or of murder/suicide.

4. The Victims Are Female

All three victims in the home are said to be three women. A family member told CBS 11’s Stephanie Lucero that his two sisters and niece were killed in the home.

NBC DFW reporter Ben Russell tweeted that a man came home to find his wife and two kids dead of stab wounds. The Dallas News said a man called 911 and told an operator, “They stabbed my family. They killed my family.” 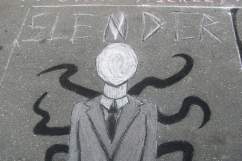