Graham Zusi has flown under the radar so far, but the 27-year-old from Sporting Kansas City is the U.S. team’s secret weapon in Brazil this summer. Zusi may be quiet in demeanor and personality, but Zusi made quite the statement Monday night against Ghana, when he entered as a substitute and set up John Brooks’ go-ahead goal in the 86th minute en route to a thrilling 2-1 U.S. win.

Read on to find out what you need to know about the Florida native and click here to check out all Heavy’s World Cup coverage.

Zusi’s performance in 2011 to his national team call-up. In 2009, he was drafted in the second round as the 23rd overall draft by the Kansas City Wizards. His first performance as a professional player was on March 21, 2009.

Immediately following the 2011 performance, Zusi received a call from the US national team. Zusi’s first international success came in January of 2012, when he started in a win against Venezuela. He scored his first international goal on January 25 of the same year against Panama in a 1-0 win.

2. He Majored in Criminology & Might Have Entered the CIA if He Hadn’t Pursued a Soccer Career

Zusi played in 89 games during at the University of Maryland and scored 28 goals with 20 assists. His performance and smooth passing helped the Terps win national championships in 2005 and 2008. In an interview with the Kansas City Star, Zusi said that the government agencies that surrounded him when he went to college really influenced his decision to get a degree in criminology.

He was intrigued by one teacher in particular who was an ex-head of the Secret Service.

One of my classes was on counter terrorism. The professor was incredible, he was an ex head of the Secret Service. I was really intrigued by that class. I think maybe if I wasn’t in soccer I’d be pursuing something in one of those agencies, maybe the CIA or something. It was really interesting.

While in college, Zusi played for the Central Florida Kraze in the USL Premier Development League. He was nominated for the ESPY for best MLS player in 2013, and is an MLS All-Star.

An article posted one day before the US’s first game at the World Cup called Zusi the US team’s ‘Silent Weapon’, and the reason for the US team’s confidence in the Group of Death.

The article notes that despite Zusi’s relatively relaxed demeanor and ability to steer clear from the spotlight, he’s a critical player for the United States this summer. He’s regarded as one of the biggest underdogs of the World Cup this summer.

4. His Favorite Food is Steak

The 27-year-old player never competed in soccer’s most elite level, unlike most of his US national teammates (Landon Donovan and Clint Dempsey). Men’s Fitness reports,

For a pro athlete gearing up to play on a global stage, Zusi is quiet and unassuming: He floats under the radar, free to walk the streets of Kansa City’s River Market neighborhood, where he lives, in relative anonymity.

Multiple sources have said that despite his relatively modest background in terms of soccer teams, he is the US’s best hope at success in Brazil.

In an interview with Kansas City Star, Zusi admitted that his favorite food is the classic, steak, and his favorite drink is simply water. He’s also really into the Black Keys and ignores when people call him a ‘breakout star’.

5. His Girlfriend, Abra House, Is Struggling to Keep a Low Profile

It’s gotta be tough to be dating the guy that has been voted the hottest US soccer player— especially when you want to fly under the radar as his girlfriend.

House graduated from the University of North Carolina, and the two have been dating for two years now. Zusi told Ink,

She’s overwhelmingly supportive. I know it can be difficult at times, especially with the amount of travel we do, but she handles it so well. She’s very understanding of the time and effort that goes into the game.

So far, House has done a pretty good job of keeping clear of the spotlight. But it’s only a matter of time before she receives a load of attention from the press– especially if her beau does well in Brazil. 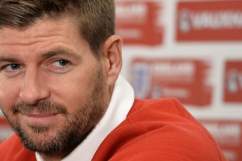 Loading more stories
wpDiscuz
0
0
Would love your thoughts, please comment.x
()
x
| Reply
Graham Zusi is the US's secret weapon in Brazil this summer. Here's what you need to know about him.