Abra House is the 29-year-old girlfriend of US soccer star Graham Zusi. The striking brunette is determined to keep a low-profile despite her beau’s killer performance in the US’s World Cup adventure< so far.

Read on to find out more about Abra House.

1. She Wants To Keep a Low Profile

Multiple sources have boasted that Graham is the United States’ next big soccer star, which means he’ll be receiving a lot of attention from the press this summer. Abra, however, is determined to stay out of the spotlight. Apart from appearing in some of Graham’s instagrams, she’s pretty much a mystery– her tweets and instagram account are both protected. 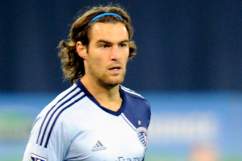 Last year, KansasCity.com interviewed Matt Besler, Aurelien Collin, and Zusi about their experiences in MLS. When asked how House felt about her boyfriend’s career, Zusi said,

She’s overwhelmingly supportive. I know it can be difficult at times, especially with the amount of travel we do, but she handles it so well. She’s very understanding of the time and effort that goes into the game.

House attended the University of North Carolina, which is a big known ACC rival of Maryland. The ACC (Atlantic Coast Conference) is a conference composed of fifteen universities that compete at the highest level of athletic competition.

Zusi received a B.A. in Psychology from the University of North Carolina at Chapel Hill, and her her Master’s degree in Education from Rockhurst University.

4. They’ve Been Together for a Couple Years Now

According to House’s LinkedIn Page, she’s a Dental Network Specialist at Assurant Employee Benefits. Her past says that she was a network development coordinator at the same company, and a legal assistant at Bender Strohbehn and Vaughan.

5. The Couple Lives in City of Fountains

Fabwags reports that House is originally from City of Fountains, which is where she and Zusi live today. 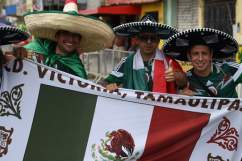 Mexico Vs. Brazil Odds: 5 Fast Facts You Need to Know

Loading more stories
wpDiscuz
1
0
Would love your thoughts, please comment.x
()
x
| Reply
Abra House may be Graham Zusi's girlfriend, but she's determined to keep a low-profile while her boyfriend plays for the US at the World Cup this summer.