A New Jersey college student missing in Israel has been found dead. Aaron Sofer was last seen on August 22. He had gone for a hike with his friends when he vanished in the near a wooded area in Jerusalem. His family had feared that he was kidnapped. Aaron Sofer was 23 years old.

1. He Was Found Lying Dead Just off a Street

Police forensics at the scene examining body found in the Jerusalem forest this afternoon. pic.twitter.com/b6aK45uSBU

Sofer’s body was found outside of the wooded area, in a neighborhood called Ein Karem. He was lying off of a street. The cause of death is believed to be due to a fall.

Sofer is an ultra-Orthodox student who had been studying in Israel, reports ABC New York.

3. There Had Been a Massive Search Effort for Sofer

4. His Cousin Is a Famous Actress

He was the cousin of actress Rena Sofer. She tweeted 13 hours before his body was found that had been abducted:

Aaron sofer was abducted in the woods in Israel. Please Israel keep looking for him. Bring my cousin home!!

Later she said that her cousin had a “tragic fall.”

Thank you all for your prayers. Aaron's body was found today. No foul play thank G-D. He had a tragic fall in the mountains. G-D bless him❤️

Sofer has appeared in TV shows such as Friends, 24, and has a starring role on The Bold and the Beautiful. After the news of Shofer’s death emerged, she tweeted:

Thank you all for your amazing tweets of support. As my family are very religious Jews they are not on twitter but your ❤️helps me so much.

5. His Parents are in Israel

Aaron Sofer’s parents were in Israel when their son’s body had been found. Earlier in the week they had made an emotional video appeal for information on his disappearance. 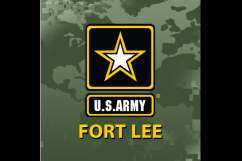