The Islamic State uploaded a video to YouTube that shows the beheading of American journalist James Foley. Foley has been held in captivity in Syria since 2012. The video has been removed from YouTube.

Here’s what you need to know about James Foley and this tragic development. 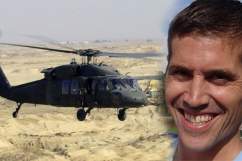 1. The Execution Is Blamed on Recent U.S. Bombing in Iraq

In the video, a member of Islamic State says that the execution is in retaliation for the recent U.S. bombing campaigns in Iraq. The video, titled “A Message to America,” was uploaded to YouTube by a Twitter user named @Mujahid4life. He posted graphic screengrabs of Foley’s beheading. After uploading the video, @Mujahid4life deleted his account and advised other ISIS members to “deactivate, now.” 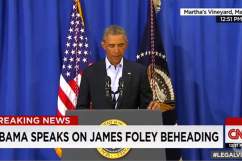 Prior to his execution, Foley reads a statement in which he calls the U.S. government “my real killers.”

The full transcript of what Foley says in the video, via Brown Moses:

I call on my friends, family, and loved ones to rise up against my real killers, the US government. For what will happen to me is only a result of their complacency and criminality.

My message to my beloved parents, save me some dignity, and don’t accept some meagre compensation, for my death, from the same people who effectively hit the last nail in my coffin with their recent aerial campaign in Iraq.

I call on my brother John, who is a member of the US Air Force. Think about what you are doing, think about the lives you destroy, including those of your own family. I call on you John, think about who made the decision to bomb Iraq recently and kill those people, whoever they may have been. Think John, who did they really kill? And did they think about me, you, our family when they made that decision?

I died that day John, when your colleagues dropped that bomb on those people they signed my death certificate. I wish I had more time. I wish I could have the hope of freedom and seeing my family once again. But that ship has sailed. I guess all in all I wish I wasn’t American. 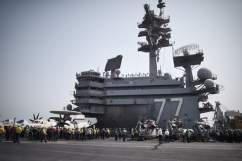 His executioner then states:

This is James Wright Foley, an American citizen of your country. As a government, you have been at the forefront of the aggression towards the Islamic State. You have plotted against us and have gone far out of your way to find reasons to interfere in our affairs. Today, your military air force is attacking us daily in Iraq, your strikes have caused casualties among Muslims.

You’re no longer fighting an insurgency, we are an Islamic army, and a state that has been accepted by large number of Muslims world wide, so effectively, any aggression towards the Islamic State, is aggression towards Muslims from all walks of life who has accepted the Islamic caliphate as their leadership, so any attempt by you Obama to deny the Muslims their rights of living in safety under the Islamic caliphate will result in the bloodshed of your people.

The official “Free James Foley” Facebook page put up a post saying: “We know that many of you are looking for confirmation or answers. Please be patient until we all have more information, and keep the Foleys in your thoughts and prayers.”

If genuine, we are appalled by the brutal murder of an innocent American journalist.

See photos of Foley with his family here: 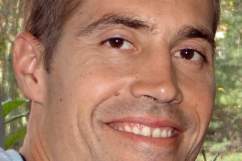 Foley was first kidnapped in Libya in 2012 and then released. He was again taken by terrorists, this time in Syria, around Thanksgiving 2012. Before his second kidnapping, Foley gave a series of interviews in which he spoke about the first kidnapping:

One friend, Clare Morgana Gillis, wrote about Foley in 2013, saying:

Jim sees the good in nearly everything and everyone. He is a master motivator. “You got this, dude!” he’ll say. “That story’s great, just file it already.” …

Everybody, everywhere, takes a liking to Jim as soon as they meet him.

Foley was a native of New Hampshire:

Find out why ISIS is terrified of female soldiers: 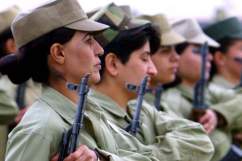 5. The Video Ends With the Terrorist Threatening to Kill Steven Sotloff

He wears the same orange jumpsuit as Foley. He is kneeling in the same position with the man in the video saying, “The life of this American citizen, Obama, depends on your next decision.” 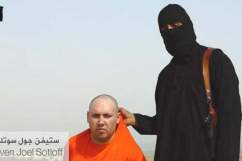 Loading more stories
wpDiscuz
149
0
Would love your thoughts, please comment.x
()
x
| Reply
James Foley, the American journalist held captive since 2012 by terrorists, has been beheaded in a video released to YouTube by the Islamic State.