There are shocking allegations regarding the Secret Service’s infamous trip to Colombia in 2012. A Washington Post report reveals that a White House aide named Jonathan Dach may have paid for sex during the trip. The Obama administration had always denied that any of its staffers were caught up in the prostitution scandal.

Here’s what you need to know about Jonny Dach:

1. His Dad Is a Top Democratic Party Donor

From left to right: Jonathan Dach, his mother, Mary, and his father, Leslie. (Facebook)

Jonathan Dach’s father, Leslie, is a top Democratic National Committee donor. The elder Dach also dealt with President Obama on a more personal level in his former job as a lobbyist for Walmart. The retail giant was a key partner in Michelle Obama’s “Let’s Move” campaign.

2. A Bizarre Poem Appeared in 2013 That Said Dach Bought a Hooker in Colombia

According to the Ivy Gate Blog, this poem was written in 2013 about Dach’s time in Colombia:

Off to the room
With no sign of doom
Little Jonny, well, he lasted seconds…
With a giggle she left,
And he, feeling bereft,
Washed his crotch since his day it still beckoned..

Then a media bomb
And it didn’t take long
for the White House to turn out a tale…
“An error!” they claimed
“A number glitch!” they did blame
There is no one but agents to assail!

You see, Skull and Bones, Book and ‘Snakes’,
You children play at the game of intell.
There is a lesson you will learn
When true heroes are burned
Their enemies are marched into hell…

So listen up Yale and Harvard and such
Your shit it doth stinketh the same
When the day is long over
And Daddy Leslie is covered in clover
They will wish they never played this game.

Later, Ivy Gate posted an email from a source whose name is redacted. The source said he’s a friend of Dach’s and that Dach “Jonny bragged about [getting a hooker] to me.”

Jonathan Dach is a graduate of Yale University, class of 2008, and a graduate of Yale Law in 2013. According to his Facebook page, he’s from and still lives in Washington, D.C. He’s active in organizing reunions at Yale, telling the Yale Daily News:

The class reunions echo the heady, happy days of convocation and commencement: thrilling in their way, but removed from the memory of daily life at Yale. The homelike residential college reunions perfectly balance them.

His sister, Eliza, is part of the class of 2017 at Yale, where she enjoys her brothers’ reunions:

Seeing all the alums this weekend made me even prouder to be a spider. The JE family clearly doesn’t end after graduation, and seeing so many alumni come back to campus, hearing them cheering for their masters and deans, and listening to stories from the first class of JE women solidified that feeling for me.

3. A Colombian Woman Stayed Over With Dach During His Stay in Cartagena

According to the Washington Post report, there are rules relating to prositution at the Hilton in Colombia where the Secret Service agents and president’s staff were staying prior Obama’s 2012 visit.

You can bring a prostitute to your room, but the woman (or man) must show ID at the desk to prove they are not underage. Those documents are photocopied and stored with the guest’s information. The Post report reveals that Dach had an overnight female guest with him while he stayed at the Hilton.

A team of Secret Service agents and White House aides were in Colombia in April 2012 to prepare for a visit by President Obama that same month. It came out later that the agents had entertained prostitutes at their hotel while they were supposed to be working.

The White House had strenuously denied that any staffers were mixed up in the scandal.

4. Dach Works in the Office of Global Women’s Issues at the State Department

So, does anyone know if Johnny "Love You Long Time" Dach was hired by State while Hillary was in charge? pic.twitter.com/xX2BCxxL9g

According to his LinkedIn page, Dach is a “policy advisor at U.S. Department of State.” The business card in the above tweet shows that he works in the Secretary’s Office of Global Women’s Issues.

5. He Got One of His Female Pals to Drive in Obama’s Inauguration Motorcade

In a 2009 article in the New Yorker, an editorial assistant at The New Republic named Sophia Lear wrote an article about how she got to drive a car during President Obama’s inauguration. She got the gig thanks to the help of “Jonny Dach, an acquaintance from the Yale New Journal.” 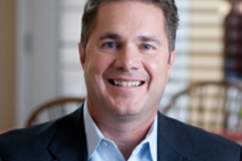