1. The Plane Crashed Into the FlightSafety Building, Which Then Collapsed

The Kansas City Star reports that the plane crashed into the FlightSafety International building at the airport. That company is owned by Berkshire Hathaway, which counts Warren Buffet’s as its CEO.

The pilot has been named as 53-year-old Mark Goldstein. 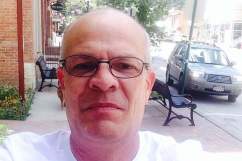 According to an official statement from the FAA said that the plane lost power shortly after takeoff and was attempting to return to the runway. Nate Johnson of WRAL reports that the airport lost its left engine at 9:48 a.m. having been cleared for takeoff at 9:47 a.m. A witness told the Kansas City Star, “We heard this vroom. It was way too loud, way too close, we were like, ‘Holy crap.'” The flight was headed to Mena, Arkansas.

Small plane crashed into FlightSafety bldg at 1851 Airport Rd. Details will be coming as we learn more.

You can see tail of the aircraft on the rooftop pic.twitter.com/1PlWbcBfey

According to the Wichita fire chief, four people have died, five people have been injured and four people are unaccounted for. The chief said that due to the building’s collapse, rescue efforts are being hampered.

KMBC reports that so far, one person has been transported to a hospital with critical injuries.

Plane crashed into Flight Safety right across the street from my father-in-law! #Wichita #Kansas @KWCH12 pic.twitter.com/4jxn4c12Ky

Fire crews putting out the flames at the airport. (Screengrab via KWCH)

On October 29, the airport tweeted that it was undergoing fire safety training:

If you see smoke from the airfield, our Airport Police & Fire is conducting fire training this morning.

The flames were extinguished by fire crews less than an hour after the crash, according to the Kansas City Star.

4. Flights Are Operating as Normal

According to a tweet from the airport, although some roads around MidContinent Airport are blocked, flights are operating as normal.

The Wichita Airport Authority says reports that the airport has lost power are incorrect. The plane has been described as a Beechcraft King Air jet.

5. There Was a Serious Accident at the Airport Earlier This Week

Two days before the crash, there was an accident at the airport where a man was hospitalized in serious condition after being pinned under a forklift.

The airport is the largest and busiest in the state of Kansas. The airport will be renamed Dwight Eisenhower Airport in March 2015. 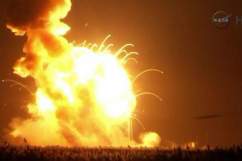 Loading more stories
wpDiscuz
0
0
Would love your thoughts, please comment.x
()
x
| Reply
A plane has crashed into a building in Wichita, Kansas. MidContinent Airport is the largest and busiest airport in the state.